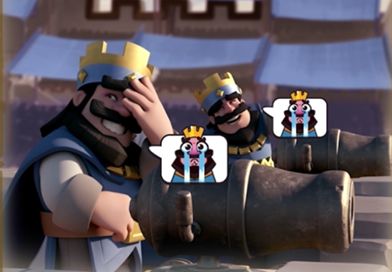 NY-based strategic design and technology company, Firstborn, created real-time video generator, 'Legends of 2v2', to support Supercell’s launch of its '2v2' mode for its mega-hit Clash Royale. Typically a single-player game, the special '2v2' promotion allows players to team up and compete against each other in a no-holds-barred battle for victory. Firstborn’s video generator lets players create personalised content featuring their battle team, and share it across social.

In its first three days of launch, the Clash Royale video generator saw over 100K videos generated with over 1.1M impressions on FB.

To create their custom video content, players simply select a chapter from the 'Legends of 2v2' Clash Royale tome, upload their team member’s names and photos, and the site dynamically generates a customised video story on the fly. As the entire experience is Facebook Connect enabled, users can easily share their videos  to their walls and tag their friend for added reach.

“Clash Royale’s 2v2 mode is as much about teamwork as it is about nonstop, elixir-fuelled action,” said Sam Isenstein, Associate Creative Director at Firstborn. ’Legends of 2v2’ lets players share those partnerships to the world in a way that’s worthy of the arena.”

To allow for dynamic video generation within seconds, Firstborn provisioned a serverless infrastructure leveraging Amazon’s Lambda to run FFmpeg and ImageMagick. This gave them the power to scale immediately, allowing for over 1,000 different users creating personalised videos at once.