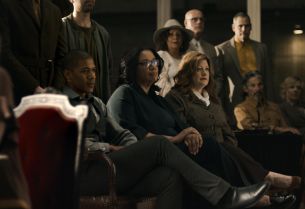 Understanding our past reveals profound and inspiring truths that can re-shape the way we see our present and our future—that's the foundation of Ancestry's upcoming brand campaign. So this year, we want to celebrate July 4th by revealing that diversity isn't just something we value as Americans. It's quite literally in our DNA.
Droga5 used Ancestry’s capabilities to find descendants of the original signers of the Declaration of Independence - discovering a surprisingly diverse group of Americans - and then brought them all together to recreate (and modernise) John Trumbull's iconic painting. We then created a film of the scene, in which we see these individuals deliver some of the Declaration's most iconic lines.  In doing so, we hope to show that even though America looks a lot different than it did in 1776, the core of the Declaration’s message remains as relevant as ever. This film will run online and on TV alongside shorter pieces in which we learn the stories of individual descendants.
July 4th is a time of national pride. In addition to celebrating and illuminating both America’s history and its present-day diversity, we want to use this moment to illustrate the incredible  discoveries that await when we look back into our own past: the learnings, insights and connections that can inspire our future, individually and collectively.
Our hope is that viewers are motivated to delve deeper into their own ancestral past, to unlock and discover parts of their history that they never knew existed and to use that as inspiration to help guide the choices and decisions they make in their future.
view more - Creative