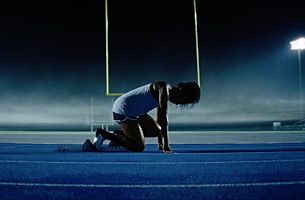 IMG Academy, a world-renowned boarding school and sport training destination in Bradenton, Florida, is launching a new brand campaign under the banner, 'Tomorrow is Ours.' The campaign, created by Droga5, aims to increase awareness of the Academy and attract more student athletes.

'Tomorrow is Ours' focuses on the students enrolled at the IMG Academy - the next generation of leaders both on the field and off - showing their commitment day in and day out to becoming the greatest individuals they can be. The campaign was inspired by the insight that IMG Academy students idolised not just the best athletes in the world, but also the athletes who had overcome obstacles and were known for their grit and hard work. Contrary to the narrative we so often hear in the media about this generation, these young athletes are the opposite of entitled, lazy kids who don't want to work hard. The campaign is intended to show that this generation values and idolises those who put in the extra work and are self-motivated.

Ultimately, the campaign shows the pride and serenity that comes with being the last one in the gym and only one never satisfied. Tomorrow is theirs.