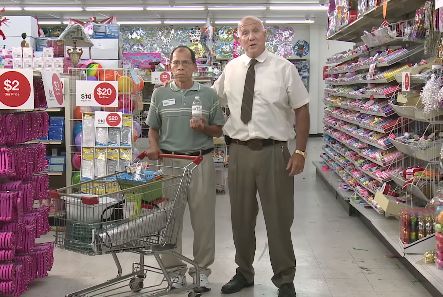 Verizon charges people twice as much for unlimited. It uses giant unlimited letters, funny actors, and taglines that don’t mean anything to hook people into paying twice as much. It’s unfortunate, but people across the country are on their hook.
Droga5 created the “Don’t Get Hooked” campaign to warn people about this trap. They used Verizon’s logo as a big hook that traps people into paying twice as much. A campaign was ran in TV, radio, digital, and OOH to really get the message across. Two of three films are live, which you can watch here and here, and a third rolls out later next week.
But to really contextualise just how ridiculous it is to pay twice as much for the same thing, the Twice The Price Store was created. It's a pop-up store that stocks hundreds of items at twice their regular price (conveniently located right next to Verizon).
The campaign wanted to put the idea of “paying twice as much” in context. When you’re getting recurring phone bills that charge you twice as much on autopay, you don’t realise it. But when you walk into a store, and the owner charges you twice as much, it stings, it’s clearly unfair. 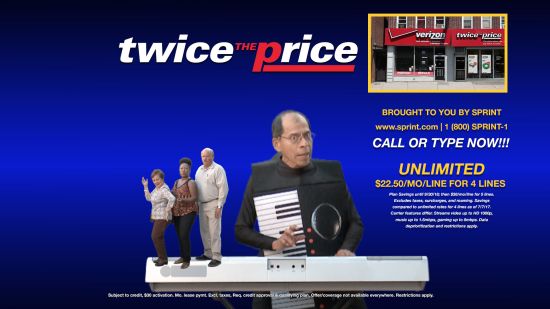 So on 7/21/2017, the brand aired a rather odd TV ad. It was an unbranded local business commercial and the business owner was boasting about his brilliant business idea - a store that charges you twice as much for everything, conveniently located right next to Verizon, “you’re already here paying twice as much.” It was an earnest ad from an earnest guy who thought “If Verizon can charge people twice as much, so can I”. They made this ad so it would feel like an authentic local TV ad. The brand wanted people to believe it was real and wanted people to be shocked “did this guy just say he’s going to charge people twice as much?”
The ad led people to an actual store in Flushing, Queens. See how the grand opening day went down and how customers reacted here.
All in all, they wanted to wake up America to show them how ridiculous it is to pay twice as much with Verizon.
view more - Creative