Droga5 and CoverGirl Highlight the Power of Self-Expression with #ProjectPDA 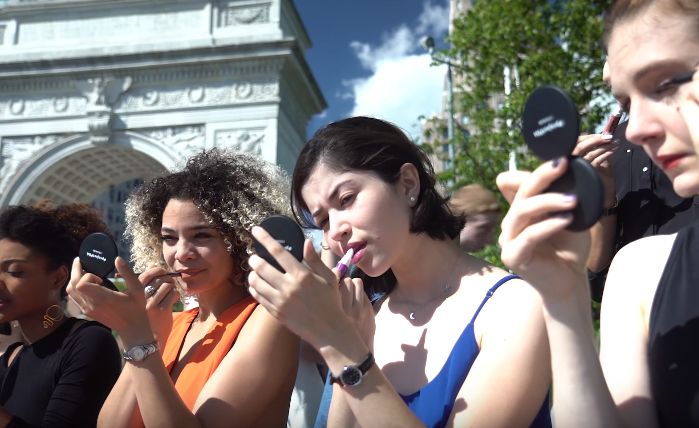 Beauty and makeup give people the power of self-expression, but too often messages in popular culture tell people that it’s not okay to enjoy this power. Those who wear makeup often feel judged about where, when, and how much makeup is okay to apply. There’s even signs on subways encouraging people to apply their makeup in the restroom.

This got the CoverGirl team at Droga5 thinking: “Why is there a stigma around applying makeup in public, and is it related to some bigger-picture judgements around wearing makeup, in general?” We’ll watch social media tutorials from behind a screen, for hours on end, but why do we instinctively react that it’s somehow inappropriate for real women to put on makeup out in the open?

A study for CoverGirl undertaken by Ipsos uncovered that…

· 52% of women who felt judged for their makeup look, stated they felt they have been judged at work

In addition, CoverGirl decided to conduct a social experiment. They sent hundreds of people onto the subway and to vanity stations set up outdoors in New York City, asked them to publicly apply their makeup – loud and proud – and then interviewed them about what this act meant, how culture has influenced their choices around makeup and how they express themselves, and what role beauty plays in their lives.

The outcome is a video CoverGirl is launched today, called #ProjectPDA: that is, Public Displays of Application, to spotlight self-expression through makeup, and to challenge the notion that women have to apologise for or hide their makeup choices.