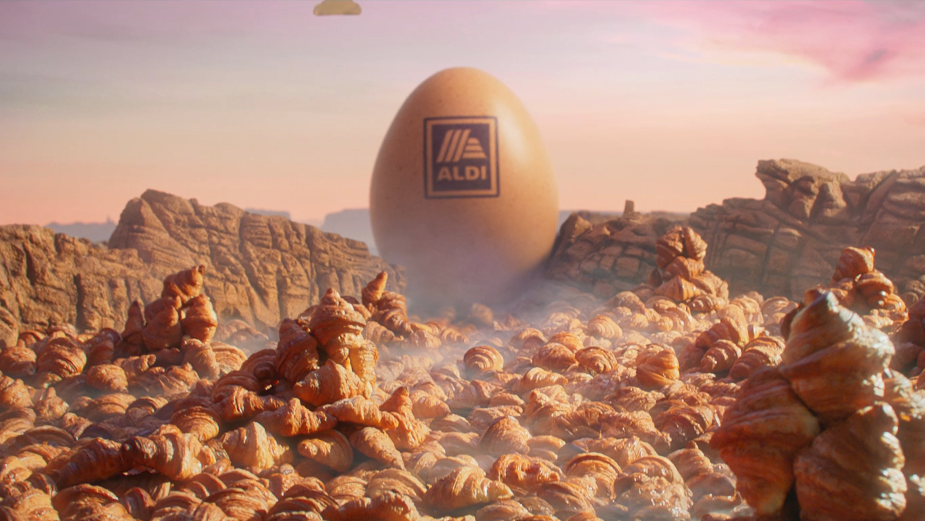 A new campaign from Deliveroo launches today to celebrate their on-demand grocery offering. In partnership with Co-op, Waitrose, Aldi, Morrisons, and Sainsbury’s, the new 30 second hero advert created by Pablo, produced by Pulse Films and directed by Ninian Doff takes viewers on a journey through a wonderful world of groceries, where all their favourite supermarkets can be found in one place and be delivered to doors in as little as 20 minutes, thanks to Deliveroo and its teal-clad riders.

With floating bread clouds and islands of milk waterfalls, mountains made of hot croissants, volcanic exploding eggs and flying bananas, the creative highlights the utopia of having top supermarkets and thousands of products at their fingertips, aiming to grab the attention of existing customers as well as raise awareness with new shoppers in a compelling and imaginative way.

Rhianna Smith, head of grocery at Deliveroo said: “We set out to create an ad that captured the evolution of the on-demand grocery space, in a way that felt disruptive in comparison to what audiences are used to seeing on TV. The creative concept is designed to shift the way customers think about doing their food shopping by bringing grocery essentials to life through memorable storytelling, celebrating Deliveroo’s 20 minute delivery proposition. From forgotten ingredients to ordering everything needed to host an extended family BBQ, with on-demand grocery, there’s a world of groceries at their fingertips to cater for all needs, and we hope this is what audiences take away from the new campaign.”

Working with Arch Model Studio (AMS), everything in the film was made in real life model sets, which took weeks to build. From suspended bread, to croissant rocks, to milk waterfalls - it was all hand-crafted, created, and puppeteered to move in-camera. AMS are known for their work on Wes Anderson films such as the Isle of Dogs.

Deliveroo’s grocery offering has seen huge growth this year, with more customers using the on-demand service to order groceries and adopting new ways of daily and weekly food shops. With new players entering the on-demand and convenience grocery sector, Deliveroo wanted to cut through the noise by creating a creative platform that tells the brand story in a memorable way and can complement the broader brand platform - Food. We Get it.

As champions of great food, in this new, imaginary world, Deliveroo showcases pure food pleasure. Fresh food and groceries in their happiest freshest form, waiting for customers to click order. Thanks to Deliveroo, that imagined world is closer than they think.

Dan Watts, ECD at Pablo said: “It’s been a bread based joy bringing to life the future of grocery shopping with Deliveroo - and what a gift to never again have to walk 15 minutes in the North London rain for last minute milk.”

The campaign launches today across TV, Social and Radio.