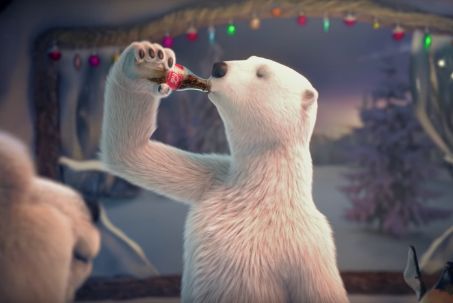 The campaign reminds us that everyone has a special role at the Christmas table, even if away from home. In this family there’s always room for one more. Now it’s the bear family’s turn to celebrate in great Xmas style – the decorated tree, the supper arrangements, the welcoming of guests and the selfie around the table.

The short film including a 3D version of the tale, was produced by Vetor Zero. The new short film is also a sequel to the previous campaign, in which human families revealed positive values behind household rules, looking closely at the role of care in family relations.

“We’re bringing back the Coca-Cola Bears to talk about 'Christmas Rules', which is a follow-up campaign to our 'Household Rules' campaign from earlier this year. In order to capture these spontaneous moments, our production team spent the week at the North Pole with this beloved family. It was pretty cold up there, but the Bears made us feel right at home,” says Rafael Donato, creative VP at DAVID SP.