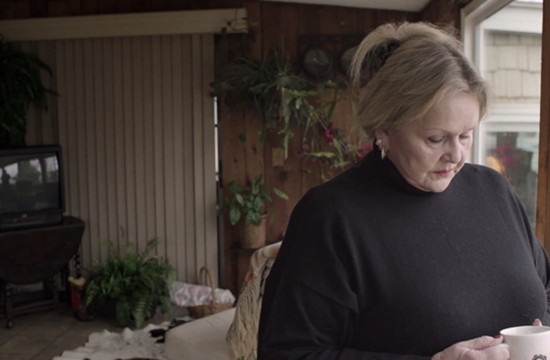 The plight of Linda Dotson Wooley, the widow of famed actor/country singer Sheb Wooley, whose famous scream has been used in hundreds of movies, is humorously captured in a new campaign co-created by FCB Spain and FCB Los Angeles.

The collaborative effort by two FCB offices for Spanish cable company Canal+ breaks today. The centrepiece is a 2-minute documentary that tells the remarkable story of the Wilhelm Scream.

In 1951, Sheb Wooley recorded a painful scream for the movie Distant Drums. The scream was subsequently used in several movies, including some in the Star Wars saga. Ben Burtt, the sound engineer at Lucas Sound, gave the scream a name: the Wilhelm Scream. It has become a cinema myth and been used in more than 200 movies to date. It is rumoured that directors Steven Spielberg, George Lucas and Quentin Tarantino maintain a bet as to who has used the Wilhelm Scream more.

The story behind the Wilhelm Scream is the basis of the Canal+ campaign, told by Linda Dotson Wooley, Sheb’s poor widow who has been forced to suffer the shock of hearing the scream of her husband when least expected.

To help rectify the situation, Linda Dotson Wooley turned to Canal+ to create a “scream bank” to find alternatives to her husband’s scream. Visitors to www.leavewilhelmalone.com are encouraged to donate their screams and help save Linda Dotson Wooley from more pain. Participants can record a scream for three films and then share them through their social channels. Visitors are also invited to vote for the best screams. Canal+ will offer them to well-known Spanish film directors, so that those screams can be used in their movies, launching the Spanish Wilhelm Scream.

The teaser video for the Leave Wilhelm Alone documentary, called “The Woman Who Can’t Watch Movies,” launched earlier this month during the Oscars. FCB shot the documentary at Linda Dotson Wooley’s house in conjunction with the production company Helo and its director Alex Grossman.

FCB Spain developed the campaign and created the extended digital strategy partnering with FCB Los Angeles, who produced and edited the material in the U.S.  It is evidence of the continued collaboration across the network on creative work.

The campaign that launches today will run for two months. Help us put an end to Linda’s nightmare.