Most recently, IAMSTATIC worked on an ambitious stunt film for BMW out of Canadian independent agency Cundari 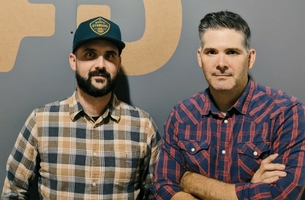 IAMSTATIC Partner/Director Ron Gervais adds, “Since the launch of BODEGA Animation, we have seen a shared sensibility of collaborating with a bespoke lineup of talent and really feel that our company ambitions are perfectly aligned. We are excited to come on board and work with their team to build this new division.”

Adds BODEGA Animation EP Bill Hewes, “We feel fortunate to have Ron and David join our roster. Their vast array of design and animation skills complement and expand what we currently have to offer as part of our growing animation division.”

IAMSTATIC was founded in 1999 as an art and design collective. After attending the Nova Scotia College of Art and Design, Gervais and Greene teamed up, diving into the ‘wild west’ of motion graphics and programmatic art and steadily building an online presence for their work. Over time, the collective garnered attention for their digital work and quickly gained traction with film, television, commercial and digital clients. They have continued to grow their team of directors, designers, animators and illustrators to expand their creative offerings and continually shift with the ever-changing media landscape.