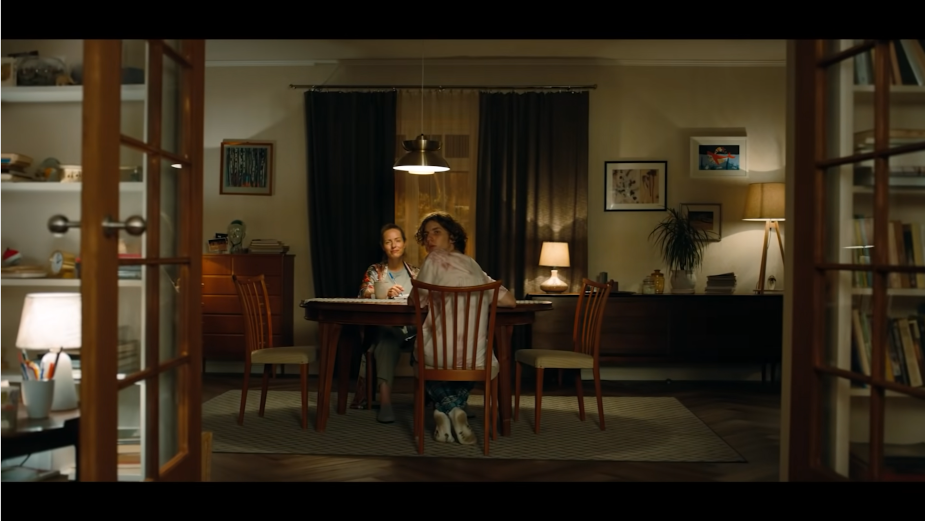 “What do you really want for Christmas?”, a teenager asks his mother. And the response garnered 4.7 million views on YouTube, saw #PENNY trending on Twitter and even left an impression on Instagram. Why? PENNY's Christmas Campaign left viewers transfixed.
The pandemic has affected everyone globally but the campaign by Serviceplan Campaign highlights the weight on the shoulders of parents who have watched their children miss out on so many experiences. In the campaign, we’re taken through a mother’s imagination via house parties, young love, heartbreak and all the social experiences a teenager lives through during their youth - but all the things this son is yet to experience.
Within seven sentences and three minutes of video, the campaign brought many to tears, warranted applause and ignited an online conversation about the brand. Serviceplan Campaign’s Christoph Everke, creative managing director, Alessia Coschignano, senior copywriter and concept, Moritz Dorning, creative director and the campaign's director Marcus Ibanez, talk to LBB’s Nisna Mahtani through the filmmaking process.
[Subtitles can be activated for those who don’t speak German]

LBB> This campaign for PENNY caught all of us by surprise with the amount of emotion that was conveyed. We’d love to hear about the initial starting point - what was the brief?

Christoph> The first part of the brief was to find an insight that moves society and especially PENNY’s customers. Thinking about all the challenges that the pandemic brought to us we recognised that we were taking care of many groups and parts of our society during the last two years but one part got lost – the young ones. They were simply not able to have important and formative experiences.
PENNY is a discount grocery store and the consequences of the pandemic hit the children of their customers particularly hard, as they have few means to compensate for what they have lost. The second part of the briefing was not only to find an insight, but also to put the message into action – so the idea was born to give back the lost youth – in the form of many special experiences.

LBB> How did you decide on the storyline and why did you choose to make it sombre, with so much underlying emotion?

Moritz> We arrived at the final storyline as a result of a very fruitful creative exchange with Marcus Ibanez (the director) and the team. In the end, it was also our client’s bold decision to address tough topics like the conflict between mother and son, or getting drunk while growing up. As for the somewhat sombre mood – it reflects the mood everybody has experienced during these difficult times. Still, the message, in the end, remains an optimistic one. 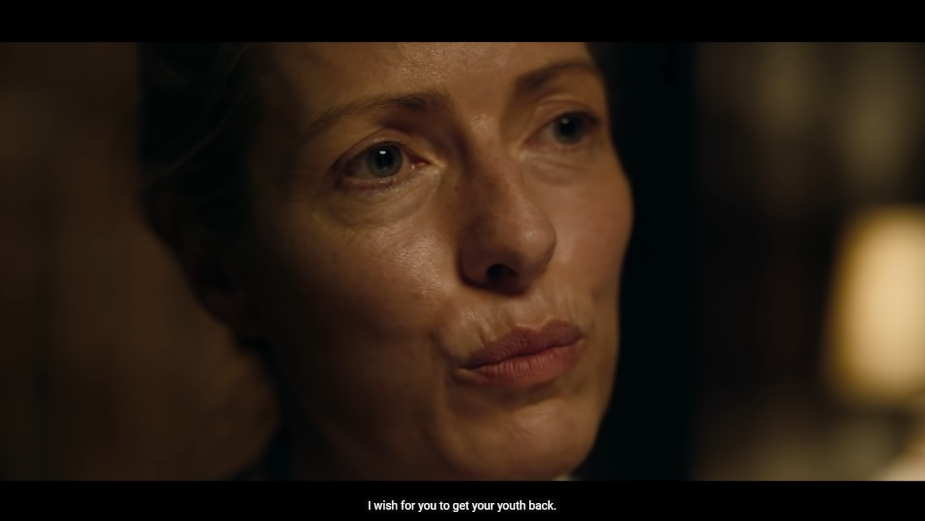 LBB> How involved were PENNY in the creative process and was there anything in particular that they wanted to feature?

Christoph> PENNY gave us complete freedom in this process. Of course, they were involved in the decisions on the final script, production company, director and cast, but since we have a very trusting relationship, we could concentrate on coming up with the best possible solution without thinking about any restrictions or guidelines.

LBB> The storytelling was supported by a fantastically minimal, yet striking script. Could you talk us through the script creation process and how you landed on the version that we hear in the final piece?

Alessia> Actually, it all started with the script. The shortest one I’ve ever written: seven sentences. There was the idea of the mother responding to her son’s casual question in a way that no one would expect. For her wishes, I thought of the most painful but formative experiences a teenager can have. Some of them were inspired by my own youth.
When Marcus came up with his idea on how to visualise the story, we made small adjustments together and changed one wish, but the general script didn’t change much. Then, Marcus (director), Livia (the actress) and I went over the script one last time during the shoot. We wanted Livia to rephrase everything so that she felt comfortable with it. The aim was always to make it as natural and authentic as possible.
Marcus> A lot of credit to the agency here. They wrote an internal monologue from a concerned parent that inspired me so much that I started writing the script as soon as I finished reading their brief.
Then it was a collaborative process to make it more cinematic. Because we didn’t want it to feel like a commercial. We wanted it to feel true and honest. More like a feature film. 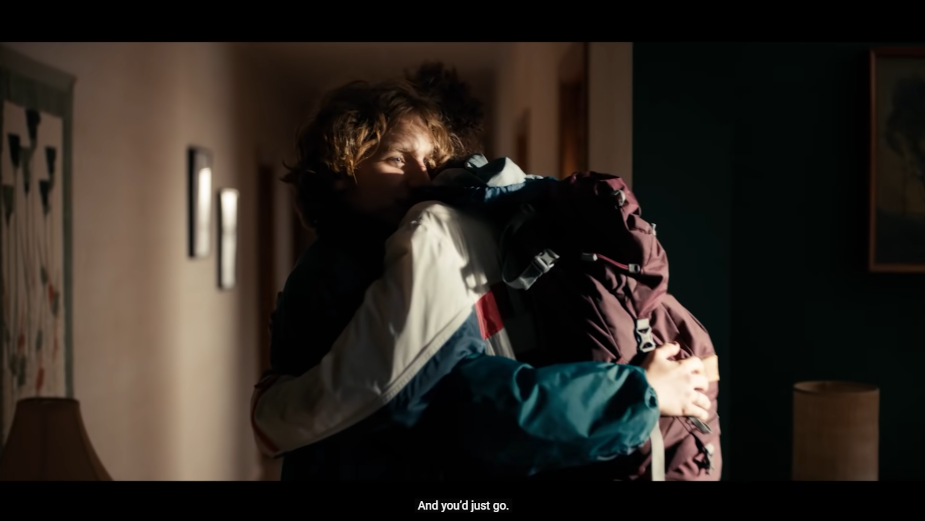 LBB> The cinematography is beautifully cohesive and also tells the story so well. Can you talk us through the filmmaking process which achieved this aesthetic?

Christoph> We discussed a lot of different ways to execute the idea. It was clear that we wanted to build the storytelling around the script. Marcus came up with this very intense chamber play like a solution, mixed with the sequences that are only in the mother’s mind, which was super strong and intense from the first moment on.
Marcus> The film is basically memories of things that haven’t happened yet. It’s the mom´s imagination of a lost year in her son’s life. When working with someone´s imagination or dreams, it allows you to be visually very creative when telling the story. You don’t have to follow time, the laws of physics or the geometry of a room. You can focus on the emotional journey of the characters. The emotional rollercoaster. So when I wrote the script I had the freedom to elevate scenes to make them as emotional as possible and transition smoothly between emotions. Because that is, at least for me, how it felt to be a teenager. One day you’re happier than ever and the next you don’t feel anything at all.
Then my DOP, Paul Özgür made it all very special and beautiful. It was truly a pleasure to collaborate with him. We talked about light as a storytelling element and we did the blocking of the film together with my amazing set-designer Tiiu-Ann Pello. So we built the house with the blocking for the scenes in mind.

LBB> Building on this, the set design and lighting would have also contributed to the overall feeling, so could you talk us through the process for this piece?

Moritz> We were excited when we arrived on set. Everything was thoroughly planned and designed with a lot of love so that it never felt like a studio shoot but felt as if we had been on location. Many practical lights set this very special mood. By the way: the light changes (drunk scene, school work scene, fight scene, party scene etc.) were not added in post-production but perfectly timed on set to fit each of the many transitions. 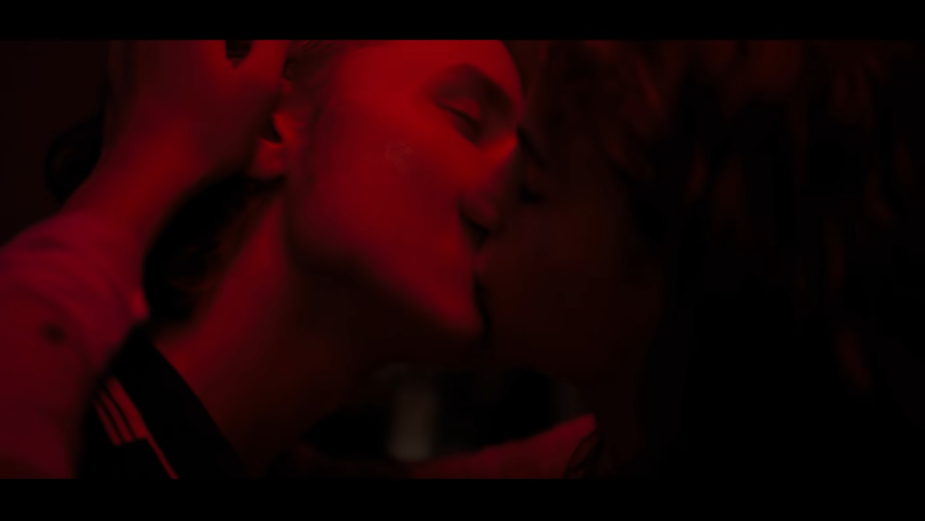 LBB> Were there any challenges you faced during the editing process and can you share how you overcame them?

Alessia> Since we had a lot of camera pans, our editor Nikolaus was already on set with us and started his work while we were shooting. Everything was planned exactly and worked out wonderfully. When we saw the first offline edit, we were already in love. Everyone involved in this project simply mastered their craft perfectly.

LBB> The song choice, It’s My Life by Bon Jovi is particularly striking in its placement towards the end of the film, creating a narrative effect. How did you land on this choice and how did you go about placing it throughout the piece for maximum impact?

Christoph> To be honest – this was the toughest decision in the whole process. In the first place, Marcus and I were not convinced but Alessia and Moritz were 150% sure about it, so we tried many versions and interpretations. In the end, we came up with the idea of stripping it down to the absolute minimum – like Johnny Cash did in the American Recordings – and this was it. Putting the lyrics to the end and letting Julius sing gave the whole story a second layer because it adds the perspective of the youth. Supreme Music arranged and produced this version, and it hits me every time I see and listen to it. I’m very grateful for the persistence of the team…

LBB> What feeling did you want the piece to convey and what reaction did it evoke from its viewers?

Moritz> Empathy, but also an appreciation for the sacrifices the young people made and still make throughout the crisis. That’s the goal of the whole campaign after all – returning something to those who had to hold back.
Alessia> Vividness. We always wanted to portray the roller coaster of emotions that comes with growing up. Today is on top of the world, tomorrow in the depth of despair. And from a parent’s perspective, it’s about unconditional love. Wishing for something that may hurt in the first place but will help someone mature. I think that’s how the audience understood it as well.
Christoph> For me it is something like deep empathy. And I am absolutely overwhelmed by the reactions of the viewers – there is so much love, gratitude and empathy. I never expected this.
view more - Behind the Work