Film for the German supermarket by Serviceplan Campaign asks how Gen Z can recapture the youth they missed out on during the pandemic, alongside pledges from the brand to provide experiences 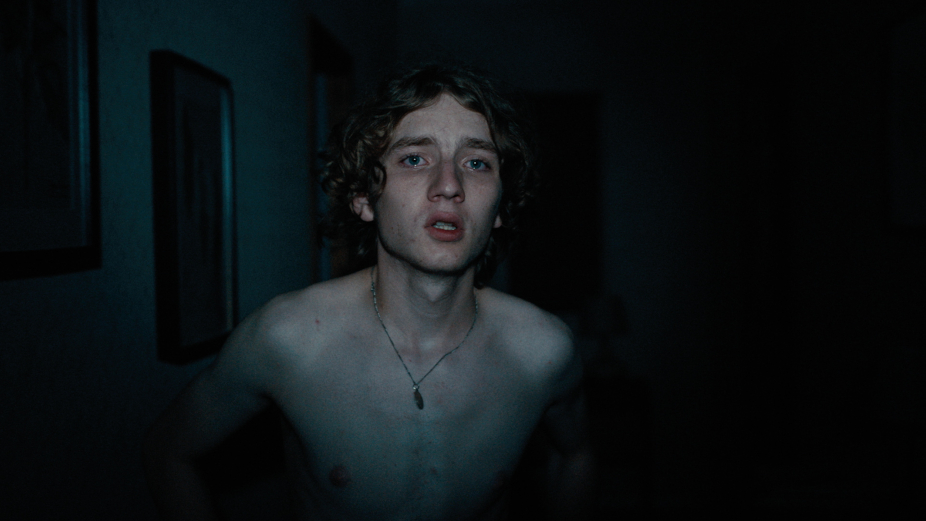 PENNY’s 2021 Christmas film launched on November 11th and is rapidly becoming a cultural and social media talking point, with #PENNY trending on Twitter and over 4.1 million views on YouTube and 1.4 million views on Instagram. Germany’s biggest daily newspaper BILD has reported on the spot, which has also been shared on instagram by prominent German influencers including Aylin Koenig and Luisa Lion.
“What do you really want for Christmas?” To her teenage son’s casual question, a mother in the German supermarket's 2021 Christmas film has an unexpected response. She wishes him, after almost two years of the pandemic, his youth back – with everything that goes with it. The idea and concept of the film with the highly topical message originates from the lead agency Serviceplan Campaign in Munich.
[Subtitles can be activated for those who don’t speak German]
The spot, directed by Marcus Ibanez and produced by Iconoclast Germany, is presented online and on social media and can also be seen at German cinemas from November 18th. The film’s storyline is supported acoustically by a world-famous song: arranged and produced by Supreme, at the end of the film, the hit ‘It’s My Life’ (by Bon Jovi) is sung with a new interpretation by the lead actor Julius Gause.
In an accompanying major online competition, PENNY is presenting young people with some of the things they have missed during Covid-19: 5,000 intensive adventures and defining experiences. Befitting the campaign’s message, for the first time in its history, PENNY will be giving away six trainee positions together with a free communal flat share.
Sneaking out at night surreptitiously, neglecting school, celebrating wild house parties and having their heart broken – all the things parents, out of concern, would rather save their children from. The mother in the current PENNY Christmas film does the opposite. She would like her son to be able to finally catch up with these experiences that belong to growing up and which he couldn’t have during the pandemic.
Stefan Magel, REWE group management board member for German Retailing and COO of PENNY said on the intention of this year’s campaign: “Young people, especially, have shown the highest level of solidarity during the pandemic and put aside their own interests unconditionally to protect older people from the consequences of the pandemic. It is important to us to show with the Christmas film and the campaign accompanying it that young people have paid a high price for this. On behalf of everyone we should like to thank them for this and give something back. That’s why we have also decided, in addition to the competition, for the first time in the history of PENNY, to give away six trainee positions together with communal flat share places in Hamburg and Berlin as well.”
Christoph Everke, creative managing director of Serviceplan Campaign commented: “During the last two years, much has been said about older people, parents, home office and care, and rightly so – children and young people had no voice. We want to change all that with the mother’s unusual wish, the impressive and sensitive images, the unbelievable acting of the performers and the song which the lead actor sings at the end.”
Marcus Haus, marketing director of PENNY, expands: “PENNY is close to people and it is a little tradition that in our Christmas campaign we put the focus on a theme that moves people. As a discounter in the neighbourhood, we have experienced in these challenging times at first hand how difficult the pandemic and its social consequences are, especially for young people.”
PENNY is giving away more than 5,000 unforgettable adventures and intensive experiences in a major online competition up to December 24th – including, among other things, the opportunity to have perhaps the best time of their life on an Interrail trip through 33 countries; to take part in stories with fellow students in a belated school leaving celebration, which will still be talked about 20 years later in a class reunion, or at last to see favourite bands live again at a music festival, and much more.
In keeping with the importance of the campaign, PENNY, for the first time in its history, is giving away six trainee positions which are linked to a free flat share room in one of two trainee communal flat shares in Hamburg and Berlin for the entire duration of the training.
The PENNY Christmas film, under the directorship of Marcus Ibanez, is accompanied by other campaign assets and can be seen on the PENNY YouTube, Facebook and Instagram channels. It will also be available to see in its entirety in the cinema from November 18th. In total, six pre-release snippets have been creating curiosity about the Christmas film on the PENNY social media channels since November 4th. Adverts for the big online competition can be seen, among other platforms, on TikTok.
The PENNY Christmas film was produced by Iconoclast Germany, with production service from Magic. In addition to Serviceplan Campaign in Munich, Plan.Net Technology were on board for the development of the website and Neverest as production agency integrated within the Serviceplan Group.
view more - Creative