'Arli & the World of Wonderful' brings a vibrant, colorful new life to some of Arlington’s beloved and long standing attractions 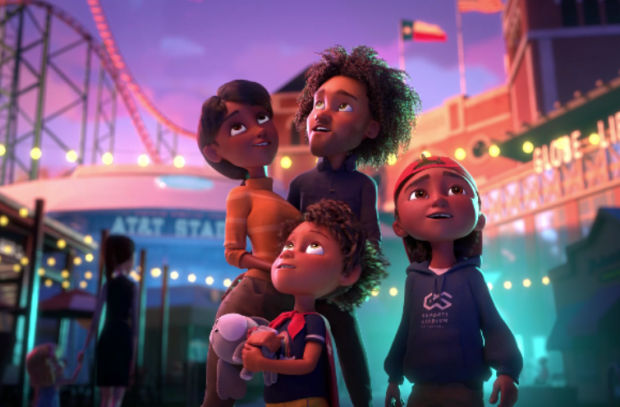 Strategic creative group ATK PLN has teamed up with the Arlington Convention and Visitors Bureau and PETER A MAYER to unveil the kaleidoscopic possibilities of adventure, entertainment and family memories awaiting in the Dallas-adjacent city in a new animated short film 'Arli & the World of Wonderful.' Through dazzling animation and a relatable family’s narrative, ATK PLN highlights the best of what Arlington has to offer for travelers and families looking for a getaway.

Creative director Barrett Lewis and CG supervisor Patton Tunstall led a team of in-house artists to craft the 3D animation for the short film. The short brings a vibrant, colorful new life to some of Arlington’s beloved and long standing attractions, including AT&T Stadium, Globe Life Park, Six Flags Over Texas, as well as a lineup of top restaurants and breweries.

The animated short film centers around a family hailing from the town of “Blandville.” True to its name, the town offers little in the way of excitement or entertainment, unveiled by a series of vignettes of failed attempts at fun: a young sister and brother solemnly idle away an afternoon in their driveway, their mother attempts to sell homemade craft brews at a local outlet with no success, and their father’s new recipe attempt literally goes up in smoke. By happy chance, the daughter comes across a flyer for Arlington, and her family’s life in Blandville transitions into an exciting metropolitan vacation. From zealous sports stadiums and picturesque theme parks to tender family moments at a restaurant, ATK PLN’s animation seamlessly transitions from one scene to the next, accentuating the gift of memorable experiences which Arlington strives to share with its visitors.

In addition to directing the animation for the short, Barrett also composed the original score. His background in delivering these dual disciplines shines through in this piece, heightening the cinematic quality with a cohesive fusion of narrative and soundtrack. This boutique approach, fused with the infrastructure of ATK PLN’s sister company, Golden Globe-nominated animation studio Reel FX, allows the shop to deliver brand clients a feature film-quality production with a hands-on, collaborative experience.

Notes Barrett, “Arlington truly is a world of wonderful.  It’s an unexpected playground of spontaneity and excitement, and for the Wonderfuls family it provides a weekend of fun away from life’s obligations. We wanted a story that doesn’t tell you the story but SHOWS you the magic of Arlington.”