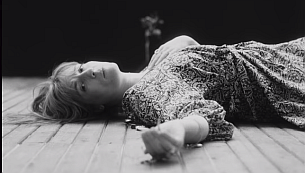 The song and music video were released for the upcoming annual Record Store Day on April 21, 2018, where a limited edition, double A-side 7” vinyl of the track will become available.

AG refined his career as a music video director, working with artists such as Jack White, Spiritualized, Purity Ring, Gil Scott-Heron, Kamasi Washington and Emeli Sandé. AG’s incredible ability to create stunning, poetic and cinematic imagery, as well as his creative ability to construct unique narratives, separates his work from his peers.

Among his many accolades, AG won the award for Best New Director at the 2012 UKMVA's, as well as Best  Indie Rock video for Spiritualized’s “Hey Jane.” His video for Jack White was  nominated for Best Rock Video at the 2012 MTV Video Music Awards.

Since signing with Park Pictures, AG Rojas has directed spots for Apple, Gatorade, and the Duracell spot, “Trust Your Power” with Derrick Coleman, which became a viral sensation leading up to the 2014 Super Bowl, reaching over 22 million views on YouTube, among other branded works.

In 2017, AG earned his first DGA nomination for the spots: S7 Airlines’ “The Best Planet” for Wieden+Kennedy Amsterdam, and Samsung’s “The Snail” out of Leo Burnett USA.