Kerj most recently served as CCO of JWT New York 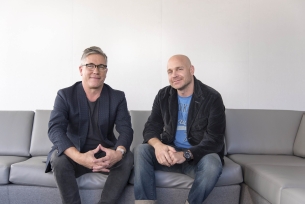 Adam Kerj, a creative star in the U.S. and Europe, has been named Chief Creative Officer of McCann Worldgroup’s Nordic agencies and will be based out of McCann Stockholm.

Kerj most recently served as CCO of JWT New York, a post he has held since 2014. Prior to JWT NY, Kerj served at 360i New York as their first US CCO. Before that role, he was ECD and founding partner at Saatchi & Saatchi Sweden, which was named ”Agency of the Year” twice. Prior to Saatchi, Kerj was ECD and founding Partner of TBWA Sweden.

In addition to the awards he won for Saatchi & Saatchi and TWBA Sweden, Kerj help lead 360i to multiple Digital Agency of the Year Awards and groundbreaking digital & social work for Game of Thrones, Oreo and Oscar Mayer. Kerj has won over 100 international awards, including Grand Prix and several Gold in Cannes as well as Effies, One Show, Clios, Webbys and many others. He has been named to many A-Lists for Creatives.

“Talent is everything. And when you have the opportunity to bring back somebody as skilled as Adam to one of the most creative regions in the world, you sure as hell take it."says Rob Reilly, global creative chairman, McCann Worldgroup.

Kerj will serve as Chief Creative Officer for McCann in the Nordic region. He will work from the agency in Stockholm, since Sweden is the largest market in the region.

Kerj has been a frequent speaker at industry events including Cannes Lions in; is a trusted mentor at Miami Ad School, Hyper Island and Berghs School Of Communication; and has served as a juror or chair at One Show Interactive, Webbys, Clios, Cannes, Effies, Webbys, Facebook Studio Awards, London International Awards, Golden Award Montreux, Golden Egg and Dubai Lynx.