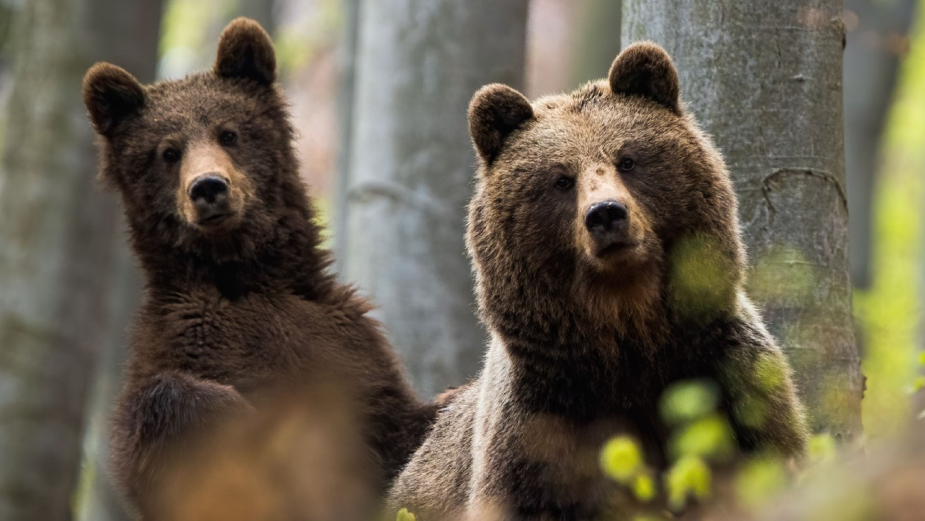 A digital guerrilla campaign from Bucharest-based agencies The New & McCannPR for the NGO Agent Green raises funds for a new bear sanctuary by actively targeting brands that use the image of bears in their advertising campaigns.

Bears have inspired many brands - from beer, fabric softener, clothing to sweets and juices. The concept of the BEAR RIGHT campaign brings to light the problem of bears in Romania and proposes that brands be part of the solution.

The largest population of brown bears in Europe is in Romania, but its existence is endangered especially by the reduction of natural habitats, besides climate change and trophy hunting.

Large companies are challenged to join the initiative by paying bears their usage rights.

In a series of videos released on Agent Green's social networks, the famous British TV producer Charlie Ottley urges brands that use the image or the word "bear" in their identity to pay copyright to bears and thus contribute the creation of a new sanctuary in Romania. To support the Bear Right initiative, companies can contact an NGO representative.

"If you use the bear, pay the bear. As simple as that," says Claudiu Dobrita, executive creative director The NEW/MCCANNPR.

"Bears are the most persuasive actors in TVC commercials and the prettiest faces on billboards. Brands use them all over the world without giving the bears something in return. So, we’ve invented THE BEAR RIGHT, a sort of a copyright, but for bears. A cute way for brands to donate to their cause and help AGENT GREEN build a bear sanctuary in Romania," added Oana State, senior copywriter The NEW.

“Ever since I first arrived in Romania, in 2010, I was fascinated by its nature and the rich fauna here. Unfortunately, things are not going well for the brown bear populations, a magnificent, endangered creature. If we destroy their territory, we force the bears to get closer... and then we dare to blame them as well. As a result, the right to life is the focus of this campaign, in which we focus primarily on those who bear the bear in their identity, such as names or logos. By paying the right to the bear, we are paying for the sustainability of the environment, for our future,” said Charlie Ottley, the campaign’s voice, environmentalist and tv producer.

The initiative will be continued with the acceptance of individual donations, thus addressing all those who want to support the symbol of the Carpathians through a donation on the dedicated online platform.

The main goal is to set up a sanctuary to save up to 50 bears. The programme will also include the reintroduction in nature of those bears that can still be rehabilitated.

In the first stage, the goal is to obtain the 30 hectares needed but also to attract investments for the first 10 bears - the total costs for the sanctuary to become operational are up to 10,000 euros per saved bear.

With a major impact in media and on social networks, the campaign attracted partners from day one. In addition to commitments in making land available by institutional entities, the private sector also responded positively. The Romanian branch of Asahi Brewing, holding the local URSUS bear in its portfolio, was the first to accept the challenge, with other regional brands joining shortly after.

With an AVE (advertising value equivalent) of over 150,000 euros in just a few days since its launch, the campaign reached the general public, both through traditional media channels (main publications and TV news stations), but also through opinion leaders, on social networks.

The #BearRight posts enjoyed massive shares, and the video of the first company to join, URSUS Breweries, ranked 1st on Facebook search after the first 24 hours of posting.

The campaign is also meant to include an important education component, both for residents in areas where bear raids are more common and for the general public, so as to respond to the man-bear conflict, but also to the way people perceive the problem of bears.

At the same time, the project responds to the climate change. By default, every company has an activity that generates greenhouse gas emissions, but they can also be neutralized or offset if they support such projects, which preserve forests that store carbon and produce oxygen.

The campaign is a non-profit one, initiated by the NGO Agent Green and The New (digital, creative)  & McCann PR (Public Relations), with the support of the British TV producer Charlie Ottley, known for the Wild Carpathia and Flavors of Romania documentary series that promote Romania around the world.