Action-Packed Film Explains Why You Should 'Drop Gold'

Honor Society teams up with Grayscale Investments for its debut campaign 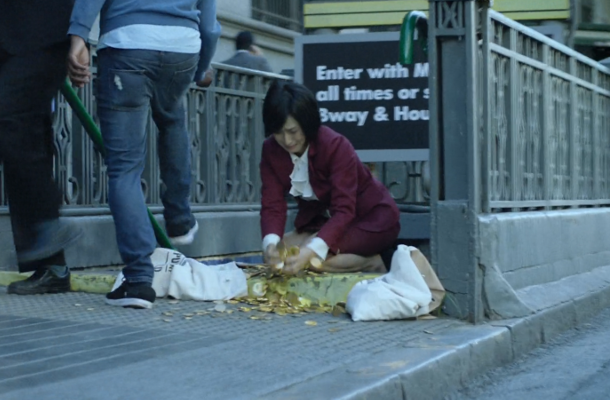 Bi-coastal production company Honor Society developed and produced a thrilling new campaign for the world’s largest digital currency asset manager  Grayscale. The company’s advertising debut, the spot stars a man and a woman, suited up in the city, as they suddenly become aware of the burden of their investments in gold. The duo then breaks free in search of a more gratifying alternative to the weighty and outdated precious metal. Honor Society’s Brennan Stasiewicz, the campaign’s Director and Creative Director, created the concept and directed the action-packed debut for the digital currency group. Through a combination of stunning VFX and theatrical real world action, the spot showcases the innovative future Grayscale’s cryptocurrency investing has to offer.

The spot is part of a multi-channel advertising campaign that is challenging a trillion dollar institution by pushing the message of #DropGold - an explicit call to action to drop gold from investment portfolios. As the world’s largest digital currency asset manager, Grayscale has strong conviction around bitcoin. Today’s world is digital and the traditional 60/40 portfolio is worth reassessing - Gold (traditionally a “safe bet” investment) is not the same hedge as it used to be.

Stasiewicz pokes fun at old-fashioned gold investment in order to highlight its impracticality, envisioning the gold as assets people physically carry with them daily. Shot over a two-day period in Argentina, the viewer is taken through scenes of people struggling to move forward while attached to their gold. Whether it’s being lugged around in a baby carriage or chained to the back of a sports car shakily driving along, no one is having an easy time, but everyone has grown accustomed to the constraints. The two main characters, choosing to invest in digital currency instead, have gained the autonomy to move freely and escape the weight of ineffective investments.

Director Brennan Stasiewicz stayed closely involved on the project from inception to completion. He notes, “Concepting directly with the Grayscale team was quite refreshing. It meant I could go into shooting knowing their expectations for the creative, and they knew mine regarding the telling of the visual story. I love that they weren’t afraid to get out there with something big and a little off the wall. Grayscale also wanted an idea which could establish an overarching creative direction for a longer campaign.”

The campaign also includes the creation of a newly created branded site, DropGold.com, which offers insights, infographics, and other resources to educate investors about bitcoin and the investment opportunity

In addition to Honor Society, Grayscale collaborated with several firms in the creation of #DropGold including Vested PR, Bandit, Red Lab, Madhive and Q8 Research.