Film technology wasn’t developed to capture all skin tones.
For many years, white skin has been used as the standard to calibrate colours in photography using Shirley Cards. This made it difficult for Black skin tones to be portrayed with faithfulness, instead appearing either blurred, flat or shaded in photographic prints. This pattern has continued to be repeated in technologies and algorithms until today.

Originally, the Shirley Card was a photo of a white woman with colour references, light exposure and density, which photographers and designers used to balance photographic printing machines to a standard considered normal, aiming to meet the needs of the dominant target market at the time. In 1990, multiracial Shirley Cards were introduced to coincide with cameras capable of processing light and dark skin tones at the same time. However, these models still had a fair complexion and the updated cards were never widely adopted because they coincided with the emergence of digital photography.

Bias in machine learning algorithms.
Today, most AI tools used for image editing have been trained to see human faces using huge digital image libraries that contain bias. Studies have shown that it is challenging to identify or eliminate these biases. The result of their use is that real people are misrepresented or excluded, just as Shirley Cards were designed to do.

The rgblack.org platform contains new calibration cards designed for diverse skin types, plus information on the principles of lighting, beauty, colourimetry and more.
For the launch photographer and director Juh Almeida from Pródigo Films created a film that revisits Shirley Cards with a Black look and a proposal for reflection that precedes the click of a camera, while also showing the new calibration cards being recreated.

Media coverage on the launch of RGBlack has created debate around racial bias present in the culture and technologies of the audio visual industry, and puts further emphasis on the importance of diverse perspectives. 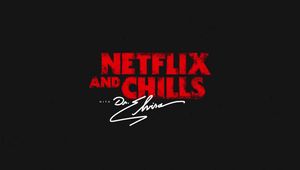 Netflix and Chills
View all Work