The King’s Road was always one of the world’s most famous shopping and lifestyle destinations. From Mary Quant’s miniskirt to Vivienne Westwood’s tartan two-piece, it holds a special place in the heart of Londoners, embodying a spirit of invention and reinvention. In recent years it had lost a little of its edge and was in need of a reboot to fend the pretenders to the throne. But how do you create a new identity for an established icon that’s going to mean something to new generations?

The road to reinvention

We were tasked by Cadogan Estates to create a new positioning, visual identity and website that would bring the road back firmly into the present and make it a benchmark for British retail creativity. Our first task was to get an understanding of the road from local voices, so we spoke to influential Chelsea residents and businesses owners to find out what was missing. Inspired by the punk ethos of the road, we landed on a positioning of ‘rip it up + reinvent’. It encouraged the road to go back to its pioneering roots to stand out from the London’s increasingly identikit retail street competition.

The new website and social media channels capture some of that zip and verve, conjuring a vivid visual and verbal world. The site has sections celebrating brands on the road that demonstrate a positive social and environmental impact, and captures the neighbourhood’s many immersive, cultural events. The tone of voice has an energy that mirrors the atmosphere of the street – progressive and provocative.

The new logo is playful and dynamic, splitting the wordmark and stacking it across the ‘S’ of the King’s Road, giving the identity system a feeling of constant movement. The complimentary ‘KR’ monogram marque is inspired by the founder of the road, King Charles II – the monarch signed off all his letters with ‘Charles R’, drawing the ’R’ (an abbreviation of the Latin word ’Rex’, meaning King) with particular flourish. 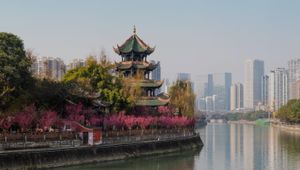 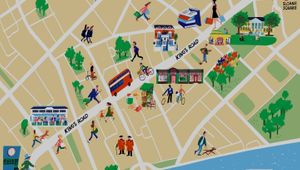 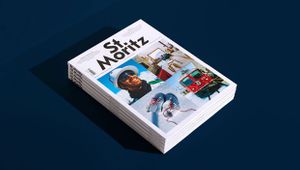 Taking in the views from the top 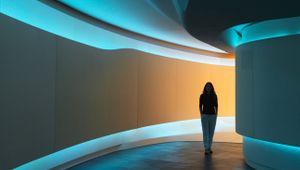 Designing the future of artificial intelligence
View all Work