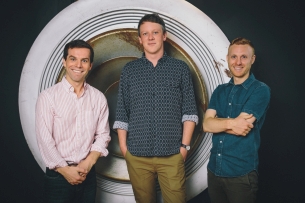 Zulu Alpha Kilo continues to build upon recent momentum. In addition to the hires of ECD Allen Oke, and creative team Nick Doerr and Gui Bermejo from TBWA, Zulu has also added the firepower of highly-awarded creatives Noel Fenn and Andrew Caie. Filling out the senior ranks, Noel and Andrew join Zulu as Associate Creative Directors from Leo Burnett Toronto where they worked as a senior team on a variety of brands including P&G, Kellogg's, and IKEA. Highlights of their time at Leo together include industry-renowned work on the IKEA Hüman Coupons, and Moving Day campaigns.

“Our mission is to become the number one creative company in the world,” says Zak Mroueh, Chief Creative Officer and founder of Zulu Alpha Kilo. He continues, “given the hiring of Noel, Andrew, and everyone else recently, we're building a stellar pool of talent ready to compete globally." Both Noel and Andrew made Strategy Magazine's Top 20 Art Directors and Copywriters in 2014 and have been credited with awards in multiple international and national shows including One Show, Communication Arts, The Clios, Marketing, and ADCC.

“I'm also proud of the talent that we've grown here at the agency. George Ault, who was here with me from the beginning, has been our top performing writer since day one. Promoting him to Associate Creative Director was a no brainer. He's at the top of his game."

Ault joined Zulu Alpha Kilo when it launched in 2008. Since joining Zulu, Ault has helped develop campaigns for clients including Bell, Audi, Corona,  Puma, Workopolis, Coke Zero and Cineplex. His work has won Golds at the ADCC’s, Gold Obies, plus recognition in the One Show, Communication Arts, Clios, New York Festivals, and features in Archive.  His work for Corona was recently awarded gold at the OMAC awards and his campaign for ParticipACTION was awarded two silvers and four bronzes at last week’s Marketing Awards. The agency is at this moment aggressively pursuing a number of ACD candidates to partner with Ault.

Mroueh added, “These three ACDs can manage a business, yet are still in there creating work that can shake up categories.” With an increased volume of work from existing clients and some new projects in theworks, the agency's hiring spree is not over with six positions still waiting to be filled. 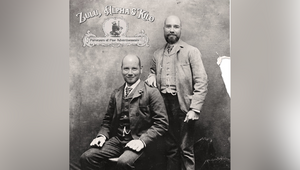 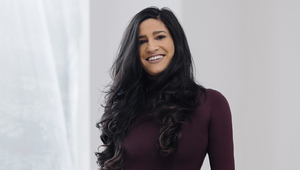