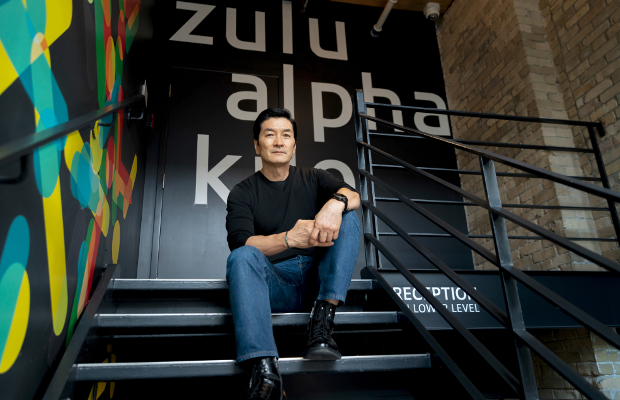 After an exhaustive global search, Zulu Alpha Kilo has announced that Wain Choi has joined the agency as executive creative director.

Wain returns to Toronto after 16 years abroad, most recently as chief creative officer/EVP at CJ Live City in Seoul, Korea where he led the team responsible for building a playground for creatives minds (a new concept theme park). Before that he was SVP and chief creative officer at Cheil Worldwide where he was featured in Campaign magazine as one of the top creative directors in the Asia Pacific region.

An art director by trade who got his start in Toronto, Wain’s well-respected career has taken him across the globe to Europe and Asia. Choi has held leading creative roles in global agencies including Ogilvy, Y&R, and Dentsu. In Canada, he’s worked at Cossette and Ammirati & Puris. His experience includes leading global brands such as Coca-Cola, Ford, GM, Nike, Samsung and Toyota F1.

Wain has lead award-winning campaigns such as Samsung’s ‘Look At Me’ app to help children with autism. Children with autism usually don’t make and sustain eye contact with others, but they like to interact with smart devices. Based on this finding, Wain and his team collaborated with researchers and doctors from Seoul National University and Yonsei University. After months of testing, the children learned how to read a person’s mood, remember faces and take photos on their Samsung devices while displaying a range of emotions.

For Uniqlo, Wain also led the creation of a promotional piece that actually generated warmth in the winter – The Heat Tech Window. 500,000 Heat Tech Windows were given out with each purchase of Uniqlo’s Heat Tech thermal wear product. By applying the Heat Tech Window to a window at home, the room temperature would rise by 2~3°C(3.6~5.4°F).

Both campaigns won coveted Cannes Lions, D&AD and One show pencils. Besides being awarded numerous times at these festivals, his work has won medals at the Clios, Spikes, Adfest among others. In addition, his jury duties have included Cannes, D&AD Foreman, The One Show, Spikes Jury President, Adfest Jury President, AdStars Jury President, Clios and Dubai Lynx,

“We are thrilled about bringing someone of Wain’s exceptional talent back to Canada. He understands the Canadian market and his global experience will bring a really fresh perspective to the work,” said Zulu’s founder and chief creative officer, Zak Mroueh.