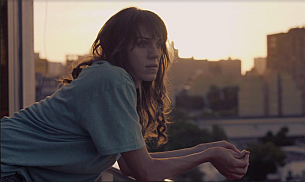 ZonaJobs, the leading job search site, presents its new campaign “Juana”, created by FCB&FiRe.
Following with its campaign “Anti-Millennial” created in 2017, the brand is, once again, aiming to relevant issues for new generations in terms of labour trends. In this opportunity, speaking of inclusion and diversity and showing that the working world talent does not have a single face.
“We created this campaign as a trigger to generate a conversation with society that, in many cases, is unaware of this reality. We want to invite to the debate of these increasingly relevant issues in the industries” commented Lulo Calió, Creative General Director of FCB&FiRe.
“Emphasizing on what we look for when we search for talent, the campaign leads us to reflect on the perception of talent regarding pre-concepts or prejudices such as tattoos, religion, style, piercings, sexual preference, among others.” added Federico Paluszkiewicz, Head of Marketing and Communications of Navent.
“This campaign is just the next step on a path that the brand has already begun to take, reinforcing its role in the labor market,” commented Santiago Minorini Lima, VP of Sales and Marketing at Navent.
The campaign includes the film designed for digital, bumpers ads, public roads, radio and social networks.
view more - Creative