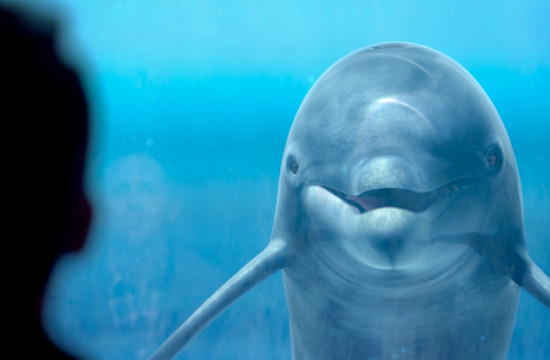 Zoic’s team, led by VFX Supervisor Ryan McDougal, struck a delicate balance between a realistic-looking dolphin and something a little off.  Says McDougal, “The agency and directors Will Speck and Josh Gordon had a very clear vision from the start, very hands on.  Our mantra throughout was, ‘It’s not a puppy.  It’s a stalker.’  Real dolphins are like lovable puppies moving in a fluid, playful fashion.  We made this dolphin close to the real thing, but off just enough that it’s unsettling.  It adds to the humor.”

“Aquarium” opens on Sam, an everyman watching racecars on TV.  A voiceover begins, “Sam has always loved fast cars and he wants to use his current rewards card to earn a day on the racetrack.”  We see Sam enter an aquarium where he regards a dolphin.  The voiceover continues, “To get enough points, he’d have to visit the aquarium everyday for six years.  Long enough for the dolphins to learn his name.”  The dolphin swims up to Sam to deliver a guttural, “Hi, Sam,” leaving the man utterly bewildered.  The dolphin then calls Sam at work, while he’s in bed and in the shower, annoying him.  The voiceover continues, “Or, he could hit the racetrack faster with the Dynamics ePlate Visa card.  Earn a day at Skip Barber Racing School after spending $1,250 with ePlate instead of spending $70,000 with a 1% rewards card.”  We see Sam racing with a beautiful woman in shotgun and in a bar celebrating with friends.  The voiceover concludes, “Earn a day burning rubber or trade your human friends for dolphins.  Your choice.”  The spot closes on the Dynamics ePlate Visa card and tag, “Everything else is just plastic.”

Zoic used Maya, ZBrush and RealFlow to create the dolphin.  Continues McDougal, “We paid close attention to how light penetrated the dolphin’s skin, wanting to give it an iridescent quality with just enough shine.  Then we made the empty space the dolphin occupies look like actual water, which was also a fun creative challenge.”

“Aquarium” is the first of two projects Zoic has lined up with Furlined’s comedy experts Will Speck and Josh Gordon.  Says Zoic Executive Creative Director Chris Jones, “It’s always fun to work with funny people, but it’s even better to work with funny people who are exceptional at what they do.  Josh and Will are exactly that.  Dynamics ePlate is the start of a great relationship and our team is excited to be working with them through the summer.”

The spot is the most recent output from Zoic’s new commercial division with upcoming work from award-winning agencies and top brands like AT&T and Toshiba. 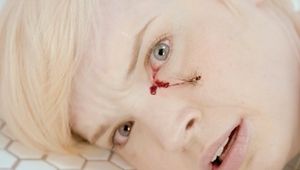