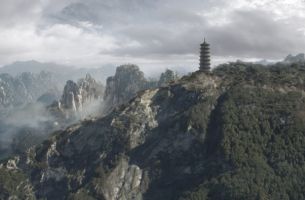 Zoic Studios stages an epic battle to save a legendary sword from the grips of an evil warlord in The Weinstein Company/Netflix production of Crouching Tiger, Hidden Dragon: Sword of Destiny, directed by legendary fight choreographer Yuen Wo-Ping and starring Donnie Yen and Michelle Yeoh, reprising her role of Yu Shu Lien.

Led by Production VFX Supervisor Mark Stetson, VES, who was on location for the shoot in New Zealand and China, Zoic crafted 150 VFX shots centered on a pivotal action sequence that takes place around an ornate pagoda. Stetson oversaw the VFX for the entire film and worked closely with the filmmakers, the production art department and the Zoic Vancouver CG team to bring the stylized 18th century Chinese aesthetic to life. The film is the first ever to receive a simultaneous release in select IMAX theaters and Netflix, and launched last week on February 26, 2016.

The pagoda as designed was too large to construct as a single set piece, and was planned to be portrayed in its entirety exclusively with visual effects. One interior set, a ten-meter section of the exterior built in front of a bespoke backlot green screen, and a four-meter ground floor built on location, were created by the art department for the battle sequence.

To complete the full 7-story structure, the Zoic team created a CG pagoda for wider establishing shots, working carefully to maintain consistency on details with the interior and exterior partial sets. The action-packed sequence meant a variety of stunt work, which called for complex rig removals, 2D and 3D head replacements on stunt doubles, and several digital doubles complete with simmed cloth and hair. Additionally, building damage was added to visualize the destruction from the battle’s escalation. Having previously worked on a number of wire-stunt features , including Charlie’s Angels: Full Throttle, Stetson was savvy to this type of VFX challenge and worked closely with the Zoic team to deliver seamless final shots that highlighted the impressive fight choreography.

In addition to the action-packed fight sequence, Zoic also worked on a number of wide establishing shots of the pagoda environment earlier in the film, amplifying the sweeping landscapes and romantic views to immerse viewers in Yuen Wo-Ping’s vision of this chapter of Wang Dulu’s Crane-Iron series, “Iron Knight, Silver Vase.” Other key sequences that Zoic worked on included the all-digital shots of Silent Wolf and Hades Dai tumbling down the face of the pagoda amongst the debris of the collapsing roofs as well as the VFX involved with the fight between the Blind Enchantress and Yu Shu-Lien. 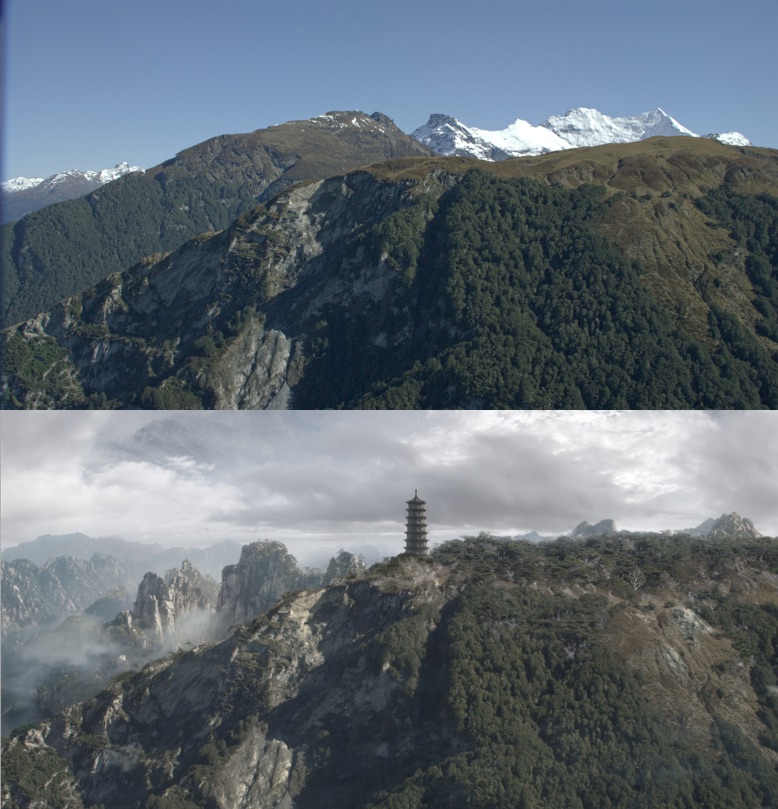