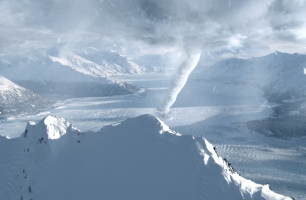 The Jeep brand is kicking off a new advertising campaign to coincide with ESPN’s X Games Aspen 2015. For the 12th year, the Jeep brand is returning to Aspen as the exclusive automotive sponsor of the world’s premier winter actions sports event. The campaign consists of a 30-second commercial, “Polar Vortex,” in addition to print, digital, social and experiential extensions. “Polar Vortex,” featuring the new 2015 Jeep Wrangler X Edition, debuted on Friday, January 9, on ESPN in conjunction with the X Games Aspen 2015, and also aired on ABC during its X Games programming

“We wanted to mark the Jeep brand’s 12th year as the X Games Aspen official automobile sponsor by putting our own unique ‘spin’ on this year’s event by celebrating the joy of the athletes who perform in extreme weather conditions and the vehicles that take them there," said Olivier Francois, Chief Marketing Officer, FCA - Global. “Whatever the cause behind the Polar Vortex, fans attending this year’s games will have the opportunity to come out on top of it, too, experiencing the event like never-before, from sharing their experiences on our social channels to on-site activations including a Jeep Wrangler X snow sculpture and autograph sessions with athletes, to Jeep branded vehicles shuttling them to and from the mountain."

“The Jeep brand’s sponsorship of ESPN’s X Games is a collaboration that reaches a core consumer audience – those with a passion for adventure,” said Mike Manley, President and CEO – Jeep Brand, FCA – Global. “In addition to the content created exclusively for this event, our new 2015 Jeep Wrangler X Edition will be featured on site during the games, allowing consumers to experience an SUV equipped for winter’s toughest terrain.”