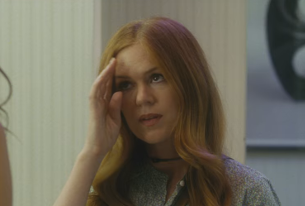 Zoic Studios blasts mellow neighborhood envy to espionage proportions in the new action-adventure comedy Keeping Up with the Joneses from 20th Century Fox. The film follows an ordinary suburban couple (Zach Galifianakis, Isla Fisher) who finds it’s not easy keeping up with the Joneses (Jon Hamm, Gal Gadot), their impossibly gorgeous and ultra-sophisticated neighbors—especially when they discover that Mr. and Mrs. ‘Jones’ are covert operatives. The Zoic team, led by VFX Supervisor Everett Burrell, delivered big Hollywood explosions and high impact antics to amplify the humor of the film’s chance encounters and secret missions. The film will be released in theaters nationwide on October 21, 2016.

Burrell worked closely with Special Effects Supervisor Michael Lantieri while on set in Atlanta, GA, to properly sync all practical effects for the augmentation executed in post-production. One heavy-hitting scene called for a fiery demolition of the Joneses’ house. The Zoic team collaborated with director Greg Mottola (Superbad, Paul) to bring his vision of an ‘80s movie-style detonation to reality. They intensified the larger-than-life eruption to leave audiences with no question of complete destruction, all while maintaining a photo-real look. Since an actual location was being utilized in lieu of a soundstage, none of the mansion blaze was captured practically, requiring the entire sequence to be created in CG.

Another scene called for Fisher and Galifianakis to spark a living room fire in a fantasy setting during a romantic moment gone wrong. The living room set was built twice, enabling the crew to practically ignite certain set elements and have Zoic Studios composite the flaming pieces into the scene in post-production.

While some practical stunt work called for VFX to bolster the action, certain moments required more comedy chops, including a scene where Galifianakis attempts a Hollywood-style jump through a glass window, only to bounce off the glass upon contact. To practically capture the moment, a stunt actor handled the brunt of the impact with Galifianakis jumping through an empty window placed in a hallway. The Zoic team seamlessly transitioned between the two performances to create a laughter-inducing moment for all.

Another sequence entailed creating the look of a 24-story vantage point from what was actually a 5-story perspective at a hotel. To implement this, the team placed a green screen on the floors between the pool, adding scale to the shots in CG to make the pool look significantly lower to the ground. Additional effects work included cleaning up shots to accelerate the action scenes, from practical stunts like removing rigs to muzzle flashes and bullet hits. The team also crafted a CG snake for a comical reptilian dining sequence between Hamm and Galifianakis.

“Visual Evolution” is their mission: to evolve the story, art, and technology of the moving image. Zoic’s accomplished artists and producers understand story, process, technique and relationships.  Their team has a proven track record of success in a range of media including episodic, film, commercials and gaming.  Masters in the fields of 3D, Compositing, and Production Management, their elite reputation attracts additional talent and encourages a strong work ethic. Zoic’s relationships with its clients are deep and long lasting. The company is known for results-driven excellence in all endeavors.