Klippsten has nearly 15 years of experience in the VFX industry 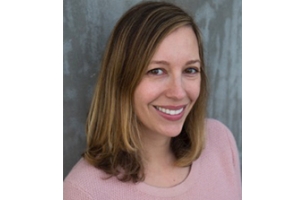 Culver City-based visual effects house Zoic Studios has added Blythe Klippsten as Executive Producer. Klippsten has nearly 15 years of experience in the VFX industry, previously working with top studios including Psyop, MassMarket, Stardust Studios and Ntropic. After beginning her career as a VFX Producer at Zoic from 2006 – 2008, she returns as Executive Producer for Series.

Klippsten join Executive Producer, Gina Fiore, in continuing to develop lasting client relationships at a time where series platforms continue to evolve. She has an extensive background in both commercial and television visual effects, having lent her talents to a number of award-winning advertising campaigns and television series, ultimately earning an Emmy Award nomination for her work on the CBS post-apocalyptic action-drama 'Jericho,' out of Zoic.

Notes Zoic Executive Creative Director/Partner Chris Jones, “I had always hoped to see Blythe return to the company one day. She’s developed into a sophisticated business strategist with an impressive track record. We’re thrilled to have her back in the Zoic family!”

Adds Klippsten, “Television has always been a first love of mine and I’m excited to return to Zoic where I really got my start in visual effects. It’s a dynamic time in television, with a much wider distribution landscape and a more diverse range of creative content. Having watched where Zoic has gone with their episodic work over the years makes me really enthusiastic to continue to grow the division.”

Los Angeles-native Klippsten was immersed in television from an early age, with her parents and sister all taking creative roles in the industry. She learned post-production hands-on, coordinating VFX for “CSI Miami” and “CSI New York” before landing as a VFX Producer at Zoic in 2006. She sharpened her skill set while working on a number of popular TV series, including HBO’s “True Blood,” and CBS’ “Jericho.” She spent the next 8 years leading teams at top VFX shops, overseeing the production on major campaigns for such top brands as Pepsi, BMW, EA, Nintendo, Sony, Sprint, EA, Starbucks and Honda, as well as a Super Bowl spot for Cars.com.