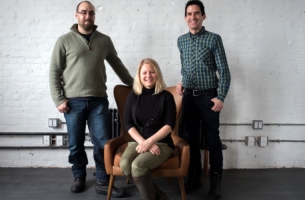 Zoic Studios has opened its new New York studio, led by veteran VFX producer Colleen Bachman as Executive Producer. The 3,000 square foot Hell’s Kitchen facility will handle VFX and flame finishing for projects across TV, commercials, films, games and experiential. The studio will leverage Zoic’s robust in-house pipeline to collaborate with both the Los Angeles and Vancouver offices. Upcoming projects through the commercial division include campaigns for Grey and Hasbro. The episodic division is working on a diverse slate of series, including the Season 4 of Cinemax’s “Banshee,” the debut season of the Cinemax drama “Quarry” and NBC’s new drama series “Blindspot.”

Notes Zoic executive creative director/partner Chris Jones, “With Zoic’s continued expansion with the addition of a New York office, I’m incredibly proud of the team we’ve assembled. Their collective pedigree ensures a well-rounded offering that will surely leave a lasting impression with our clients.” Adds Bachman, “Zoic’s vast experience and diverse range of clients and projects really lays the groundwork for longevity in an industry that is constantly changing. I’m looking forward to collaborating with the talented artists and producers across Zoic’s three offices and working on a wide range of projects, both short form and long form.”

The New York studio will fit up to 30 artists and reunites Executive Producer Colleen Bachman with veteran VFX supervisors Jeff Wozniak and Nate Overstrom, with the trio formerly working together at Look Effects. The commercial division has recently added Minerva for east coast representation. Comprised of industry veterans Mary Knox and Shauna Seresin, Minerva represents a carefully chosen roster of talent to ad agencies and direct to clients.

Wisconsin-native Colleen Bachman joins Zoic’s New York studio after serving as the Executive Producer of Film and Television at Psyop, where she recently worked on the Golden Globe-winning feature Joy and the highly anticipated Zoolander 2. She boasts over 15 years of experience in the visual effects industry, with stints at major studios and boutique shops alike. After studying at the prestigious UCLA School of Theater, Film and Television, she gleaned an interest in post-production while working as a PA on her first feature.

She started out answering the phones and quickly worked her way up to coordinator at several LA boutique post facilities, learning the process hands-on. She spent the next decade as a post producer for major studio feature films, working with New Line Cinema and Fox Searchlight Pictures on such titles as Wes Anderson’s The Darjeeling Limited, Darren Aronofsky’s The Wrestler, The Golden Compass, Son of the Mask, and The Fountain. In 2008, she made the move to NYC and joined Look Effects as Senior Staff Producer, where she produced VFX for such effects-driven features as the Academy Award-winning Life of Pi, Secret Life of Walter Mitty, Black Swan and Wes Anderson’s Moonrise Kingdom. When not producing, Bachman enjoys spending her time skiing and trying her hat as a construction director with her husband as they build a New England weekend home in Vermont.