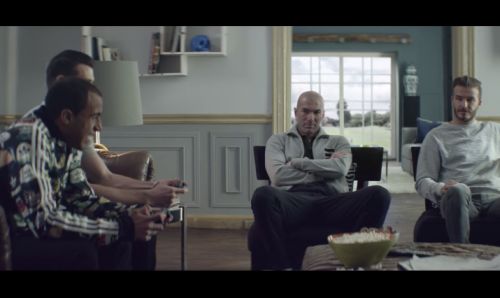 Just in time for the World Cup, TBWA has a new spot for adidas featuring some of the biggest names in football.

A Familiar scene: Hanging in the front room with your mates playing a few games of Fifa. Gareth Bale and Lucas Moura seem more into the video game than the beautiful game. Zidane and Beckham scowl at the sidelines, before the four break into an impromptu game of football throughout Beckingham Palace, smashing Beckhams rather packed trophy cabinet along the way.