Zia is the series' first director from outside the USA 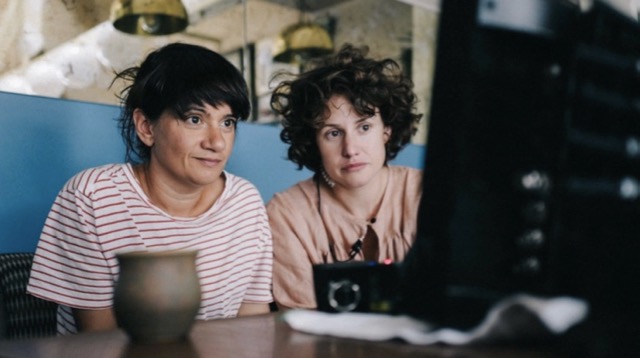 Following the world premiere of Zia Mandviwalla's Chef's Table: Asma Khan at the Berlin film festival last week, season six of the Netflix original hit series is available starting Friday, February 22, PST. A co-production with FINCH, Zia is the series' first director from outside the USA with Jimena Murray as field producer of the episode with Zia, (and also line producer in the Mashama Bailey episode shot in Savannah and New York).

Says David Gelb, series creator: "Zia's background directing commercials and short film is different to the documentary training of many of the show's other directors. She came at the project with a whole different angle on the visual narrative, bringing a surprising and unique tone to her episode. Her shot choice, edit pace and story structure are just fantastic."
The episode continues a trend in the series away from profiling the most highly awarded chefs in the world, to telling the stories of the most interesting chefs in the world.
In India, when a girl is born there are no celebrations, no fireworks. The tradition of dowry means a girl is a burden to her family - and a second daughter is considered a curse. Khan has spent her life trying to shed this stigma and prove her worth as a second daughter.
Khan's kitchen is staffed entirely by women who have little to no professional training. Today, her restaurant the Darjeeling Express is a place for all women to grow and elevate themselves.
Says Corey Esse, executive producer and managing director, FINCH: "Although the project took Zia and Jimmy out of the commercials rotation for several months, we saw it as a fantastic opportunity. They've both come back with new skill sets for storytelling, and a whole range of new techniques for capturing incredible food photography."
Other chefs in the series are: Mashama Bailey of The Grey in Savannah (named Eater's Restaurant of the Year in 2017); Sean Brock, who is redefining southern food; and Dario Cecchini, a butcher from Italy.
A trailer for the Asma Khan episode will be available on Zia's showreel from Monday.
For Zia's reel / availability, please contact Corey Esse at: corey@finchcompany.com.
(Pictured: FINCH's Zia Mandviwalla and Jimena Murray on set in India)
Credit: Charlie Panian
view more - Creative