Zak Razvi and Caroline Hicks: From Winners to Working Title 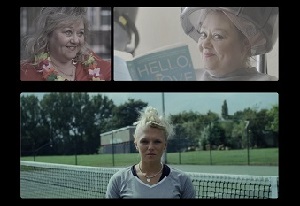 Entering its third successive year, editing collective Homespun is gathering the final entries for its talent nurturing film competition, Homespun Yarns. This year’s brief is ‘The Track’. In collaboration with Wave Music and Lyves, budding filmmakers have been invited to submit their ideas for a film for Lyves’ alternative electro soul track, ‘Darkest Hour’. Three entrants will be in with the chance of getting funding to make their visual ideas for the song a reality.

With a track record of successful winning projects, Homespun catches up with previous Yarn’s winners, Zak Razvi and Caroline Hicks, on their successes, new projects and what they predict for the competition in 2016.

Currently finishing up her next short film, Dead End, a dark comedy shot in France, Caroline speaks about her journey since winning Homespun Yarns last year, ‘I took Vanya to a number of film festivals after the competition. It’s so good going to these festivals because you really get inspired by other people, their drive and their ideas. It’s so hard to get features off the ground and they motivate you to start your next film and build up a body of work.’

‘I was actually in development with a feature, Clint Boyle,before I made Vanya but there had been some unfortunate setbacks with the crew so it had been parked. However, after directing Vanya, it really encouraged me to take it back off the shelf and get it going again, as well as start my next short. My next move is to go to LA, combine the trip with a film festival and connect with some commissioners out there.’

In her signature contemporary-retro style, 10 minute film Dead End is set to complete in the next month. ‘It’s about a young man who has an eventful night stranded with his own insecurities and paranoia in a time-warped seventies château in the middle of nowhere.

‘Short films can be a challenge as you have to move through a beginning, middle and end in a very short space of time, whilst also providing engaging characters and narrative. I often draw from real-life experiences and if I spot something I think might make a good film, I try to get it down on paper as soon as possible.’ 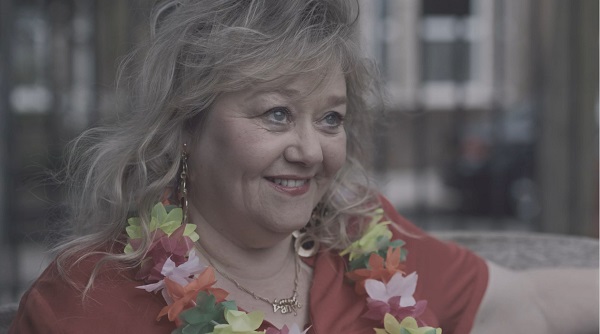 Caroline’s ‘Vanya’ was actually based on a taxi driver she once met with her sister after a night out in Fitzrovia, she continues, ‘Dead End is based on me because I’m claustrophobic and like that Woody Allen character who’s always nervous and worrying - when actually you’re coming to the wrong conclusion and misjudging someone. The feature film I’m working on is based on my Dad. He was this guy from Weston-Super-Mare and he went out to Madeira where he met this aristocratic woman and ended up marrying her. He was a small-town boy, which is also the basis of Clint Boyle.’

Her self-confessed secret to creating engaging characters is writing in ‘losers’. ‘You immediately empathise with them.’ Caroline adds, ‘Vanya has been ditched by her husband and doesn’t have any money. In Dead End,the guy is young and trying to break free of his mums clutches but he’s got claustrophobia and he’s nervous. I often find, in comedy people like to seek out the honest characters who can admit their faults. You feel sorry for them and admire them more.’

Excited to see what comes out of ‘The Track’ brief at Homespun Yarns this year, Caroline discusses the creative benefits of shooting promos, ‘Not only are promos brilliant projects to let your creative side fly, they’re a really good stepping stone for directors to get into the music industry. It’s a good test to work to a deadline too.’

‘My advice for short film-makers this year is to try and get as much crew as possible. I wish I’d had a first assistant director for Vanya. It would have helped me get a couple of extra shots I couldn’t get whilst I was doing the costumes and the shooting and everything else. If you make a short film, take it to as many festivals as possible and get it in front of as many people as possible. Also, just get your next one made. Keep going. Make two or three more so you have a body of work. Finally, believe in yourself and the way you want to tell the story. That’s what’s unique and wonderful about filmmaking, or art, because everybody comes at it from a completely different viewpoint.’

At the inaugural show in 2014, executive producer, Zak Razvi,took the crowd by storm with short film JORDANNE. The short documentary about the handicapped tennis champion has gone on to win an impressive number of awards and accolades at film festivals globally, including Best Documentary at Kinsale Sharks. The film has also helped Zak win Shots New Director of the Year 2015 and seen him take a full-time directing role at Knucklehead, London.

Most recently Zak directed Frances’ ‘Don’t Worry About Me’ promo through Knucklehead. ‘The music video for ‘Don't Worry About Me’ was a real team effort.’ Says Zak ‘The vibe on set was great - despite the subject matter being slightly sombre...! Directing full time has been a lot of fun. It's also been really lovely to reconnect with old advertising agency friends having spent the last couple of years in the music video world.’

With a wealth of experience working on music videos as both an EP and now a director, Zak knows what it takes to get noticed by the judges,‘It's cool this year that the competition is based around a music track. It'll be really interesting to see how the different entrants approach it. If I could give any advice I’d say: Be passionate about your idea. Embrace collaboration and don’t forget to wink at Leo in the pitch!’

But it doesn’t stop once you get shortlisted. After completing the many hurdles of getting a short film made, there are endless routes to growing interest and building a body of work. Sharing his advice, Zak says, ‘The film festival circuit can be overwhelming... There are so many festivals out there, so I’d always advise to try and be as selective as possible when submitting, and research which festivals specialise in the genre of your film.’

Entries for Homespun Yarns will close on 30th June 2016. The shortlisted entrants will shoot their films between July and September to be screened at Homespun Yarns in October 2016.