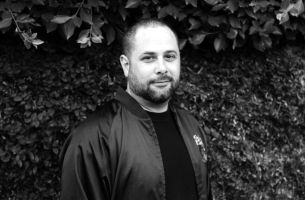 Revered creative Zach Hilder is returning to BBH, joining the team in Los Angeles as the new Executive Creative Director. He will now lead their creative department after it was recently announced that BBH LA’s Pelle Sjoenell was promoted to Worldwide Chief Creative Officer (who will continue to be L.A. based).

During his career, Zach’s highlights include the campaign “#STRAIGHOUTTA” for Beats by Dre, the LeBron “Re-Established” film, "The Replacer" for Call of Duty and the launch of Google Chromebook and including its "The Web Is What You Make Of It"​ film series, as well as his popular “F**k Photoshop” pencil.

Zach Hilder is coming from HUSTLE as Group Creative Director, an agency he helped launch built exclusively for Beats by Dre and part of the R/GA network. Over the last two years, he’s overseen almost everything creative for Beats, from the internet-breaking #STRAIGHOUTTA campaign to the LeBron “Re-Established” film to their latest holiday effort with Tracy Morgan.

At 72andSunny, he introduced the world to "The Replacer" for Call of Duty. ​At his first stint at BBH in the New York offices, he launched the Google Chromebook, created the “Chromercise” campaign for Google’s April Fools Day and worked on the "The Web Is What You Make Of It"​ film series for Chrome.

His work has been honored by the Emmys, Cannes, The One Show, AICP, The Webby's, Art Directors Club and Young Guns and he was previously named by Creativity Magazine as one of the top 10 "Creatives to Watch".

Pelle Sjoenell, Worldwide CCO of BBH said: “It's always special to have a Black Sheep return to BBH. With Zach, we get a fantastic creative leader who's accomplished amazing things since we first worked together at BBH NY. Having not only set up a whole new agency with HUSTLE but also produced some of the best and most famous work with Beats is a huge accomplishment – we’re thrilled to have him with us in L.A..”

Zach Hilder said: "When I first joined BBH in 2007, I joined with the expectation of doing the best work of my life. That's why everybody comes to BBH and that’s why I returned. Pelle has always been someone I've looked up to as a creative, he's an incredible leader and friend. Once a black sheep, always a black sheep. I'm home."