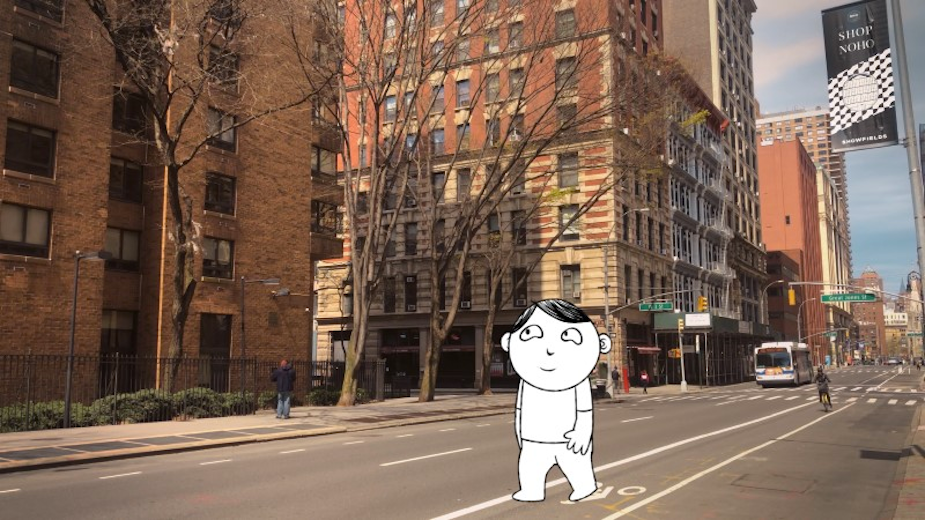 Greencard Pictures has debuted 'Better Together,' a short film designed to put a smile on the faces of quarantined families and kids of all ages. Directed by Zac Stuart-Pontier (The Jinx, Martha Marcy May Marlene, Catfish), the short combines live action scenes of deserted New York City streets with animation and an original song to share a simple and upbeat message through children’s eyes that even though we’re apart, we’re better together.

The film was executive produced by Greencard Pictures founder Emily Wiedemann (The Clovehitch Killer, Two Sentence Horror Stories) and partner Chazz Carfora (Stories from the Felt, Two Sentence Horror Stories) who worked with the company’s network of creators to bring the project to life. It is available now via Greencard Pictures’ social channels and on Vimeo.

The concept was initiated by Zac, who while walking his dog in the eerily empty streets of Manhattan, began filming locked-off shots of his typically bustling West Village neighborhood and Washington Square Park. At first, he wasn’t sure what to do with the shots, but figured they might be interesting to share with his young son when he was older. It was this frame of reference that ultimately inspired him to create a piece that would speak from the perspective of children during the lockdown.

The footage he captured soon became the perfect backdrop for 'Better Together', a story about two shut-in kids who, once transformed into their animated alter-egos, have free reign to explore New York’s deserted streets with no consequences or worries.

“Our goal was to create something with a different energy and vibe than what we’ve been seeing in so many Covid-19 videos,” the director explains. “With the city that never sleeps at a standstill, we thought animated kids could take over the empty streets instead, to help share a positive message that we are better together, even when we are apart.”

“It’s something for kids that also speaks to adults, shares an uplifting statement about life in the lockdown era, and also has a scrappy, homemade feel to it,” he adds. “Hopefully, it leaves you with a smile.” 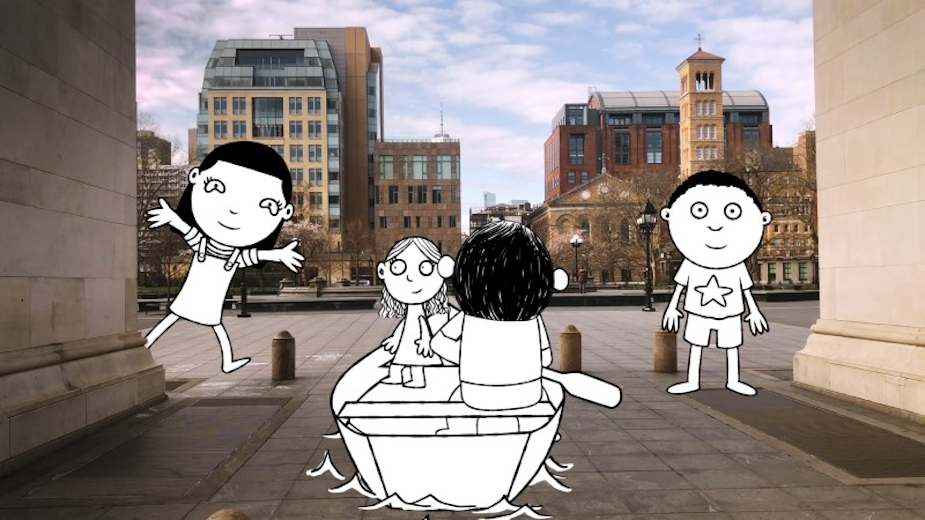 “The making of ‘Better Together’ for us was, in some ways, a metaphor for what we’re all going through right now,” adds Emily. “It’s a good example of how people working alone and adhering to all the guidelines for staying safe can still collaborate creatively and make something meaningful about being together.

“Lots of the early content we saw around the lockdown had an appropriately serious and emotional feel,” she continues. “We wanted our contribution to strike a more hopeful tone. Zac hit on this idea of a duet about a little boy and a little girl, and it was so charming and relatable – we knew we’d found our story.”

The film’s sequences feature the kid duo floating above the city skyline, hopping from rooftop to rooftop, then taking off in a rowboat to collect similarly animated friends, who share their playful journey. Zac's son, Teddy, is also featured as the live action version of one of the characters.

To add to the project, Emily and Chazz enlisted Greencard Pictures’ network of creators, including their roster talents – filmmakers Aaron Wesner and Julian Marshall – to contribute to the piece, which encompassed illustrations and animation as well as additional footage. Working on their own and keeping a safe distance, they fanned out across the city to add nuanced scenes that helped present the image of Manhattan as a playground, waiting for the animated kids to uncover its secrets.

Zac also turned to singer/songwriter Rosaleen Eastman, who he previously worked with on his popular Crimetown podcast and half of the performing duo known as Mr. Bugaboo, to craft an original song of hope for the future. The feel-good track features a vocal duet sung to a simple melody played on electric piano, but as it progresses it unveils an unexpected addition.

Reaching out to their extensive network of friends and colleagues around the country, the producers shared the song and its lyrics with families in almost every state, asking them to record their kids singing the chorus. The audio team then extracted the vocal tracks and mixed them into a single choral group, turning the closing section of the video into a sing-along, with the lyrics appearing in on-screen graphics.

The film was illustrated by Peter McCoubrey (Dear…), an artist and filmmaker who’s also part of the Greencard creators network, while renowned animator Darius Turbak and his team brought everything to life. The color grading was performed by color artist Adrian Seery, who gave the scenes, shot under a range of conditions, a uniform tone and warmth, while senior mixer and sound designer Roman Zeitlin (The Secret Game) created the all-important audio track.