Hires, Wins & Business 135 Add to collection
DDB Canada Montréal charged with strengthening the brand and raising awareness for the community organisation and the causes it supports 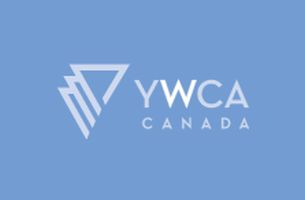 YWCA Montréal has appointed DDB Canada’s Montréal office as its agency of record via a pro-bono partnership that sees the agency helping to strengthen the brand and creating awareness of the valuable services it provides.  Founded in 1875, YWCA Montréal is one of the oldest community organisations in the city, committed to building a better future for women and girls in an egalitarian society where they have the power and opportunity to realise their full potential.

“Our previous communication efforts have squarely focused on lobbying government, however an opportunity also exists to raise YWCA Montréal’s profile amongst the general population by sharing how our services have reduced situations of violence and gender inequality experienced by women and girls,” says Louise Poirier, president of the board, YWCA Montréal. “This new partnership, signifies a promising future in the broader context of women’s issues, and we are proud to have found a like-minded partner that believes in our philosophy and vision.”

As the agency’s first assignment, DDB Canada Montréal will start work on an awareness campaign focusing on hypersexualization to ultimately stop the sexual exploitation of high school-aged girls being recruited as sex trade workers. The powerful new campaign is slated to launch in September 2016.

“DDB is committed to helping women shine by ensuring they have their rightful place at all levels of society,” says Monique Brosseau, VP managing director, DDB Canada Montréal. “Our agency has multiple initiatives designed for empowering women in the workplace and we’re proud to donate our strategic planning, creative talent and Omni-Channel approach to elevate YWCA Montréal and bring issues impacting women to the forefront.”