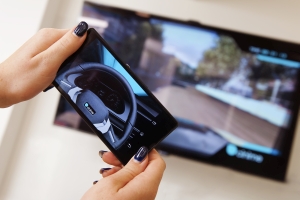 Yummi’s partnership with WerbeWeischer secures distribution of its interactive mobile app cinime through WerbeWeischer’s network of theatres, which equates to 80 per cent of the German cinema market. The collaboration represents a significant opportunity for advertisers to use smartphone technology to engage directly with German consumers before, during and after a cinema visit.

The announcement further demonstrates Yummi’s intent to build a global media base through its proprietary technology platform phonix, which has already attracted more than US$40 million investment.

The partnership comes at an exciting time for Yummi who recently signed a territory partnership agreement with China Times to secure exclusive distribution of its interactive mobile app we动 (wedong) through the Wanda cinema chain in China.  Wanda cinemas attracted 80 million admissions in 2013.

Alastair Simpson ,CEO of Yummi Media Group, considers the collaboration with WerbeWeischer as pivotal to the company’s expansion strategy. Commenting on the partnership he said, “WerbeWeischer is a prominent and highly respected company in the German market and throughout the global media sector. We are delighted to be working closely with them to facilitate closer connections between brands and their German consumers through interactive mobile experiences. This is an exciting time for the European cinema industry, Germany alone saw box office sales of €1 billion in 2013, and we fully expect other European territories to follow suit.”

Stefan Kuhlow, chief digital officer, Weischer.Media said, “The partnership with Yummi will add value to our proposition to advertisers across the entire network of WerbeWeischer theatres. Cinime will enable advertisers in Germany to tap into the second screen experience within the cinema environment and engage audiences with interactive big screen advertising.”

Yummi’s products are built on its unique technology platform phonix, which combines a series of component background detection technologies such as audio water marking, fingerprinting, image recognition and geo-location to sync and trigger content without the need for a WiFi, 3G or internet connection.