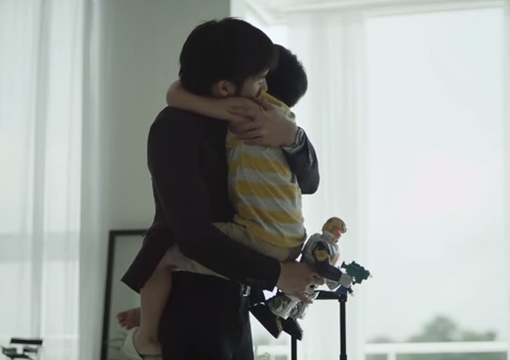 ‘King Power – King of Duty Free’ is the sole operator of duty free outlets across Thailand.

The new campaign includes heart-warming TVC ‘Robot’, in which a young boy excitedly anticipates a toy robot that his father is bringing back from a business trip. The ad concludes with the realization that ‘Longing is Precious.’

On YouTube, its primary version in Thai has already exceeded a million views and the English subtitled-version has garnered thousands of views.

The mass campaign, spanning TV, outdoor and print, embodies the tagline ‘Longing is Precious – 25 years King Power. We are travellers too.’

Commenting on the campaign, Y&R Thailand’s Planning Head Oliver Kittipong Veerataecha said, “This year King Power celebrates 25 years in the business with a revised emphasis on the company’s purpose – ‘the duty free that understands travellers’. The objective for this campaign is to bridge the relevancy gap and create brand affinity; to be a worldly, truly understanding brand.”

King Power is Thailand’s leading travel retailer and the sole operator of over 76 Duty Free outlets at major international airports and in Bangkok, including the most recent King Power Srivaree Complex, the largest downtown duty free destination in Thailand.

King Power Group was founded by Group Chairman Vichai Srivaddhanaprabha. A wholly owned Thai company, it has risen to become one of Asia’s leading corporations in the duty free and tax free retail industry