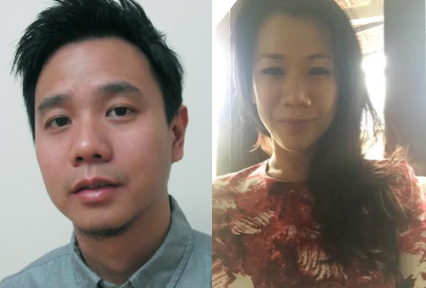 Commenting on the announcement, Matthew Godfrey, president Y&R Asia said: “Y&R China has consistently proved its creative might and Kien has played an integral part in Shanghai’s contribution to the agency’s achievements. We warmly welcome Annie Boo back to Y&R as Managing Director in Shanghai, and we are confident that together they will lead the team to continued success.”

Y&R has been China’s most-awarded agency at the Cannes Lions International Advertising Festival for two consecutive years, bringing home 10 Lions in 2014, including China’s only Gold, and was multiply awarded worldwide at the likes of LIA and winning a Spikes Grand Prix.

With more than 18 years of brand building experience in the industry, Hoe joined Y&R Shanghai as group creative director in September 2013 with an impressive array of China and regional campaigns and award wins for clients including Adidas, McDonald’s and Dove.

He started his career in 1997 at FCB and was awarded the Young Creative Award in the same year at the Kancil - Malaysia’s top advertising award show. Hoe’s passion lies in building brands and he firmly believes that good creative ideas can help a good product become great.

Annie Boo returns to Y&R after stints with BBDO China and JWT Malaysia. Prior to that Boo was regional account director at Y&R Kuala Lumpur.

Boo has extensive management experience across multiple product categories and has been pivotal to major FMCG and beverage new business wins. Having originally graduated in law before pursuing her career in advertising, Boo is contagiously passionate while able to balance good creative work with clear business strategy.