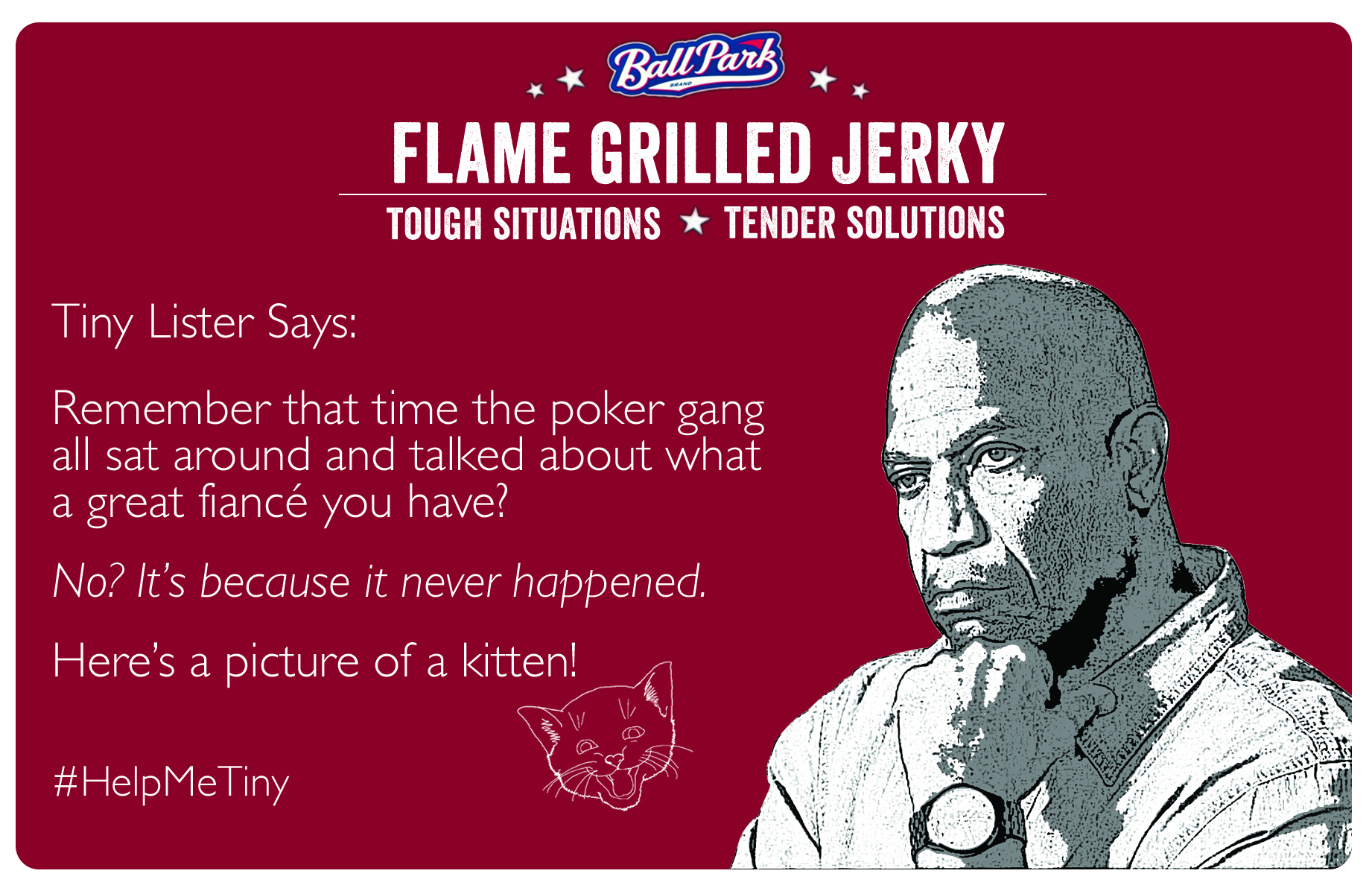 The new spot shows tough guy Lister observing a co-worker struggling to get a water bottle from a vending machine when his tender side kicks in. After biting into his Ball Park Flame Grilled Jerky, Lister shakes the vending machine to release the water bottle and then delivers it to his co-worker’s desk.