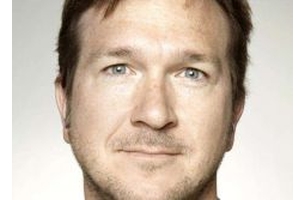 Global creative agency Arnold Worldwide announced today the appointment of Jim Elliott to the new role of Global Chief Creative Officer. Elliott will drive Arnold’s creative product across the network. He will be based in the agency’s headquarters office in Boston.

Elliott’s global creative role marks a first for Arnold, which had previously organized creative leadership by office. “As a global micro-network, our team is increasingly working on client engagements across the Arnold footprint.” Hamlin said. “We are looking to unify our creative vision across all of our offices. Jim’s strong global experience and outstanding creative credentials will raise the bar for all of us, acting as powerful fuel to drive our clients, our people, and the Arnold brand forward. In addition to his tremendous talent, he is also a perfect cultural fit for Arnold – genuine, thoughtful, driven. I have no doubt he will inspire the best in our people – I am really looking forward to working with him.”

Prior to taking the creative reins at Y&R New York, Elliott was Group Creative Director/Writer at Goodby Silverstein & Partners. There, he helped create iconic work for Hyundai, Haagen-Dazs, Denny’s, HP, Yahoo!, NetFlix, and Sonic Drive-In. His work on the “Help the Honey Bees” campaign for Haagen-Dazs helped win nearly every top honor in the industry including The One Club’s first-ever Green Pencil award. “Help the Honey Bees” was also one of the campaigns nominated for Ad Age’s “Top Ad Campaigns of the 21st Century.” His work for Hyundai is credited with helping to turn the struggling car manufacturer into one of the most successful auto companies in America, during one of the worst economic climates on record.

“One of the things that immediately struck me about Arnold and its culture is this very real hunger, ambition and drive for greatness – to create innovative, world-class work – born of a genuine, deep-seated belief that great work works – that great work builds brands and drives business,” said Elliott. “Pam Hamlin is a dream partner. First and foremost, she’s a tremendous leader who inspires those around her and who has a very real and tenacious desire to create great work. She has built a strong, close-knit team, she’s amazingly passionate about this business and has a powerful vision for the agency that is shared by all.”

The addition of Elliott is one in a series of significant moves Global President Pam Hamlin has taken over the last twelve months to strengthen the agency and position it for the future. This summer she hired Peter Grossman as President of the New York office, and brought in new Heads of Strategy Milla Stolte in Boston, and Sara Bamber in New York. The second half of 2014 saw great momentum for the agency under Hamlin’s leadership. In addition to new hires and expanded capabilities in Health and Wellness and Cross-Cultural Marketing, the agency won CenturyLink, the global Jergens and John Frieda business and additional assignments from Sanofi and Regeneron.