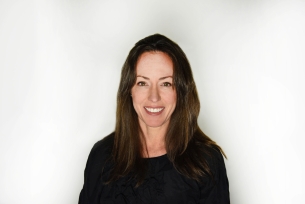 Sims’ appointment completes a reset of the New York leadership team since Radosevic stepped up to the role as President last May.  This past September, Dick de Lange came on board as the Chief Strategy Officer from R/GA.

“We are so happy to bring Leslie on board at Y&R New York at this moment.  There’s been a lot of forward motion with Jim Radosevic and Dick de Lange in place and adding a new creative partner is part of this evolution.  Leslie brings a great sensibility, enormous vitality and terrific creative instincts to take us into the future,” said Tony Granger.  He added, “Jim Elliott has taken us a long way over the past three years, and we are grateful to him and wish him the best as he starts his next chapter.”

Said Radosevic: “We are excited to have Leslie Sims join us at Y&R.  She is so talented, adored by clients and colleagues alike, and is enthusiastic about being part of our future.  We are all looking forward to working with her, to bringing her to our clients and infusing her energy into our culture.”

Said Sims: "This role is really everything I could ask for — a chance to work at one of the most iconic agencies in the world, to learn from Tony Granger whose work I’ve admired for years, and to partner with Jim and Dick just made the opportunity irresistible. Their enthusiasm and passion are absolutely infectious. I can’t wait to jump in and be part of the Y&R New York team."

Sims joins Y&R from McCann Erickson, where she has spent the past 15 years working on a broad range of brands, including USPS, Nature Valley and other General Mills brands, Avis, Staples, Nestle Waters, Weight Watchers and MasterCard.  She invented the Easy button for Staples and led the team that created the virtual hiking trails platform for US national parks on behalf of Nature Valley.

Her work has won awards at Cannes, the Clios, the Webbys, the ADC, the One Show, the ANDYs, the ADDYs, LIA, Communications Arts, as well as a Jay Chiat Creative Technology Gold.  In 2014, she served on the press jury at Cannes, the One Show Advertising Jury and the Clios’ Branded Entertainment and Content Jury.  Last year, she was also named one of the top 36 Most Creative Women in Advertising by Business Insider and one of iMedia’s Top 25 Marketing Leaders and Innovators.

Sims begins at the agency in February 2015.