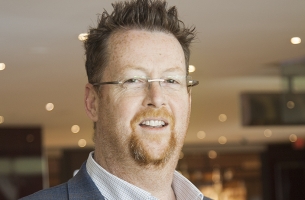 Previously, O’Sullivan was VP, Managing Director CPG & Shopper Marketing at Bravo. In his new role, he will continue to oversee shopper marketing for the U.S. Hispanic market shop, splitting his time between Y&R global headquarters in New York and Miami, where Bravo is based. He will continue to also report into Eric Hoyt, President and CEO of Bravo.

“Tim has an incredible background – a wealth of CPG experience from his years at P&G and an acute understanding of the shopper journey in both the general and U.S. Hispanic markets,” said Bird, who launched Labstore globally in 2014 and recently spoke at SXSW Interactive on 10 Inventions That Will Revolutionize Retail. “He has done wonders launching the shopper marketing capability at Bravo, and I can’t wait for him to do the same for Labstore in North America.”

O’Sullivan launched his career at P&G, where he spent 20 years building and leading high-performance teams in brand management and sales. While there, he helped launch dozens of new brands and products across the US and Latin America, and was instrumental in making Latin America the fastest-growing region for Pringles. In 2012, he successfully kicked off the retail and shopper marketing capability at Bravo, and expanded it to encompass 37 employees working across multiple clients.

“There is tremendous momentum behind Labstore, from new locations in Africa, the Middle East and Asia to award-winning ideas from Labstore network agencies in Australia and Latin America. I’m excited to join the team, and to work with Jon Bird. We complement each other’s skills well – Jon with his retail marketing knowledge, me with my shopper marketing background.” said O’Sullivan.