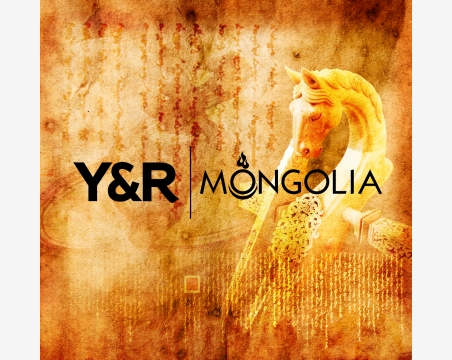 David Sable, Global CEO of Y&R, announced today that Y&R Advertising has agreed to acquire a majority stake in the creative advertising and research agency of MCS Holding LLC, one of Mongolia’s largest business conglomerates. Y&R Mongolia, in partnership with TNS, is the country’s first majority-owned international agency.

Established in 2008, MCS Holding's Creative and Research Unit provides a range of services, including advertising development, events management, and consumer and retail market research services. Its existing clients, including MCS Asia Pacific Brewery, Herbalife, JTI and Dell, will benefit from both Y&R’s and TNS’s global networks and solutions.

Commenting on the agreement, Y&R global CEO David Sable said, “The formation of Y&R Mongolia will make Y&R the most expansive network in Asia, with coverage across North, South and Southeast Asia, including Pakistan, Sri Lanka and Myanmar. We are a global boutique: Strong local offices with deep roots in the market offer our clients the best of both worlds — the local relevance they need, along with the global power of a network.”

The research business will be affiliated to global research consultancy, TNS. TNS CEO APAC, Chris Riquier said, “Mongolia presents a strong opportunity for our clients, who are keen to understand more about their consumers. We were the first international research consultancy in many markets across the region, including Myanmar in 2013, and we are pleased to partner with Y&R to be first to establish a presence in Mongolia.”

One of the world’s fastest growing economies, Mongolia’s GDP is forecast to grow at 9.5% in 2014, and 10% in 2015 according to the ADB's annual Asian Development Outlook 2014. Mongolia was named among Citigroup’s ‘3G’ countries, the Global Growth Generators with the most promising (per capita) growth prospects until 2050.

Y&R Mongolia will continue to be headed up by Managing Director Tuul Purevsuren, reporting to Y&R Asia President Matthew Godfrey.

Matthew Godfrey, President Y&R Asia said, “Y&R Mongolia is the country’s first international agency, just as Y&R Yangon was a first for Myanmar. We pride ourselves on industry firsts in Asia, as part of Y&R’s ongoing mission to resist the usual in everything we do.”

Gankhuyag A., Managing Director of MCS Holding said, “Partnering with Y&R is a step forward to achieve our mission to introduce world standards in our home country. MCS has pioneered in introducing global brands in Mongolia successfully in the industries we operate. MCS’ local knowledge and engagement combined with Y&R’s industry expertise and global network will create a powerful synergy.”