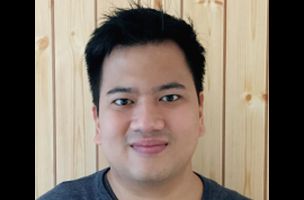 Following a successful five years at Y&R Singapore, where he helped expand its digital division as the agency’s Digital Lead, Shafri returned to his native KL as Creative Director in 2016. Now as Y&R Malaysia’s Executive Creative Director, Shafri works in partnership with the agency’s Group Managing Director Lisa Hezila.

Shafri is gaining the reputation of being one of the region’s top creative innovators, being named one of Asia’s most exciting up-and-coming creative technologists.

He helped Y&R become the first agency in Asia to be shortlisted for the Innovation Cannes Lion, as well as winning the coveted SXSW Interactive Innovation Award, plus gaining Singapore’s first Titanium Lions nomination and winning its first Cannes Chimera Lion, comprising a USD100,000 grant from the Bill & Melinda Gates Foundation. This on top of growing the agency with a slew of new business wins, as well as gaining several creative and effectiveness honours.

His achievements helped Y&R Singapore be honoured as the the No. 1 mobile winner across Asia Pacific at Spikes Asia in 2014, as well as being named ‘Creative Agency of the Year’ in 2015 for the first time ever. He looks forward to injecting the innovative spirit into Y&R Malaysia, alongside Hezila and team.

“Y&R has had a long line of amazing creative leaders, including my own father (Malaysian advertising veteran Dato’ Shafri Mohamad) who led the agency more than 25 years ago,” said Shafri. “I’m most excited to have this opportunity to take up the baton and write the next chapter of Y&R’s long legacy of creative excellence together with a team of very talented folks and our client partners.”

Commented Y&R Asia Chief Creative Officer Marcus Rebeschini, “His accomplishments with Y&R speak volumes about his potential to evolve our Malaysia office into a new era.”

Added Y&R Malaysia Group Managing Director Lisa Hezila, “Emir is the ideal creative partner as we continue to grow the agency, not only business-wise, but also in terms of expanding our capabilities in digital and innovation to deliver a fully integrated offering to clients.”