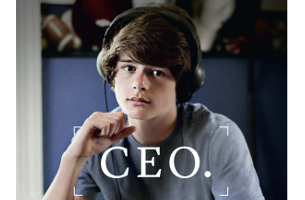 Lombard Odier’s “Rethink Everything” global branding campaign was created by Y&R London and launched on 22 September 2016 in EMEA and Asia. The highly visual and thought provoking campaign illustrated the philosophy Lombard Odier used to successfully counsel its clients for the last two centuries. The executions ran across film, print, digital, editorial partnerships, outdoor and social media content for five months, created and negotiated by Y&R London.

A pool of reputable international journalists and commentators contributed to the “Rethink Everything” content for visitors to LombardOdier.com and users of LinkedIn. The editorial series provides fresh perspectives on current affairs, economic issues and culture, and includes full-length features, Q&As, video features, illustrations, infographics and photo stories.

“We are thrilled to have our campaign win this award for Lombard Odier. Content played a vital role. The partnerships with the Financial Times and Monocle used branded editorial, short films and events to engage with the fast-moving international audience of opinion leaders and high-net-worth individuals. A manifesto film run online encourages the viewer to ask new questions, confound expectations and challenge conventions – illustrating the brand’s philosophy and approach to wealth and asset management.”

“’Rethink Everything’ is more than a branding campaign. It is the articulation of a philosophy that lies at the heart of Lombard Odier’s business. It is this philosophy that has driven us to grow and protect our clients’ wealth through seven generations and 40 financial crises. We’ve grown stronger not by standing still and waiting for them to pass, but by re-evaluating and rethinking the world around us.”

The Wealthbriefing Swiss Awards showcase ‘best of breed’ providers in the global private banking, wealth management and trusted advisor communities, the awards were designed to recognise companies, teams and individuals which the prestigious panel of judges deemed to have ‘demonstrated innovation and excellence during 2016’.