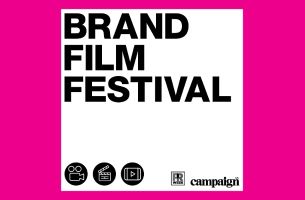 The Mrs Claus campaign for M&S Christmas won the first gold for Emotive Film and the second gold in Lifestyle and Consumers Goods. Y&R London’s category changing campaign was a seasonal blockbuster, creating an emotional connection between M&S and their core customer - women. M&S’s most immersive campaign to date included social media takeovers featuring a Mrs C emoji and the hashtag #LoveMrsClaus, outfit and gift inspiration both in-store and in editorial, a partnership with Channel 4, and a social promotion that saw Mrs Claus give away 15,000 presents to customers.

Y&R London also won a Silver for BBC’s Rio, in the Animated Film category. To inspire and excite the nation for Rio 2016, the agency subverted the traditional sports promo and used the iconic Brazilian Rainforest and its animals as a canvas to showcase the astonishing physical feats that make the Olympics unmissable. The animal characters were so loved by the public that the BBC commissioned idents for BBC1 and BBC4 featuring them.

In other news the agency has been shortlisted at Travel Marketing Awards 2017 for Best TV Advertising on First Choice and their Royal British Legion Paper has been listed as a finalist for the UK Effie Awards 2017.