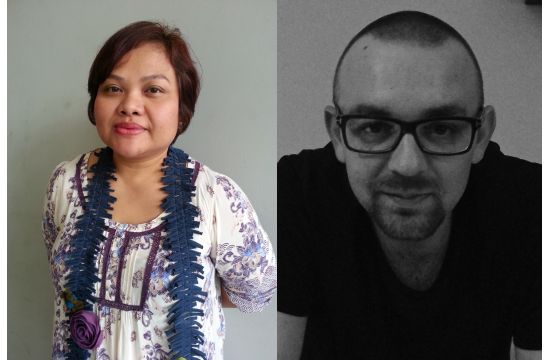 Widayati’s extensive advertising industry experience started in HR before moving into copywriting. During her ten-year stint with Lowe Indonesia, she was highly awarded at Citra Pariwara and by ADOI and worked across most categories ranging from automotive and fmcg, to oral and household care. In her next role, with TBWA, Widayati handled local and regional clients including Heinz ABC, Standard Chartered, Visa and Gudang Garam, advancing to Creative Director within 3 years. Her pitch success record led to Head of Business then General Manager roles before she joined Y&R Group Indonesia.

No stranger to adventure and fast becoming a specialist in emerging markets, Constantoulas’ journey has taken him from his home base in Australia to multiple countries across the Middle East & Africa and most recently China. He has spent most of his career with leading creative agencies including JWT Sydney, McCann Dubai and BBDO Beijing, but crunching numbers for a few years as a graduate at Unilever has also given him a healthy respect for clients’ business issues.

After shaping multiple creative and effectiveness award winning campaigns Constantoulas knows what it takes to make a difference under what can only be described as a challenging set of dynamics and has ambitions to put Y&R Indonesia on the map of globally recognised creative agencies.

Commenting on the appointments, John Domas said, “It great to be welcoming two such talented individuals on board at such an exciting time for the agency. From a number of significant account wins, to major new brand campaigns and awards recognition, 2013 has been a stellar year for Y&R Group Indonesia and we look forward to continuing this momentum into 2014.”

“These are exciting times for Y&R Group Indonesia as the business continues to grow, not only across categories with the win of new business, but also across our agency offerings which span Y&R, The Campaign Palace and VML Qais Indonesia. Growth through innovation and collaboration has been, and will continue to be, a core part of our strategy into the New Year,” explained Eny Widayati.

Added Kris Constantoulas, “This was an offer to good to turn down. Indonesia is a highly underrated market and is in many ways a planner’s paradise. The economy is booming, the people are well-educated and energetic, cultural contradictions are lurking around every corner and creatively the country is finding its own unique voice and sense of identity. Combine all that with the opportunity to shape the development of iconic local and international brands, under an inspiring local and regional leadership team and you have a truly winning formula. The odd weekend in Bali is just the cherry on top.”