They will now be responsible for creative output across GPY&R, IdeaWorks and Blaze Advertising 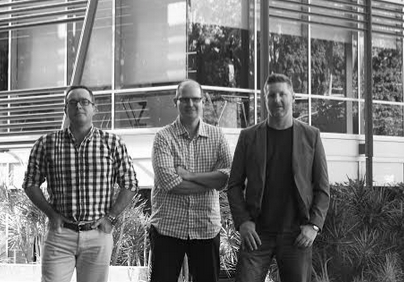 Current joint creative directors of GPY&R, Andrew Thompson and Brendan Greaney have been promoted to Joint ECDs of the Y&R Group in Brisbane.

Thompson has been with GPY&R for seven years and assumed the Joint CD title with Greaney in 2012. Since that time the agency has been consistently awarded at Cannes, D&AD, AWARD and the Asia Pacific Effies to name a few.

Managing director of Y&R Group Brisbane Phil McDonald said: “When I returned to Brisbane in 2012 we made the call to elevate Thommo and Brendan and it’s turned out very well. They have developed strong relationships with our clients, both existing and new, and helped create some of the best work to come out of this market in many years.”

“This is a fitting acknowledgment and also fills a need as our three different agencies in the Queensland market continue to grow,” he added.

Y&R Group ANZ chief creative officer Ben Coulson said, “With Brendan and Thommo at the tiller, GPY&R has become the largest in its market and is still growing, it has a great culture and some heavy duty creative success. They have done everything and more to deserve their ECD badges and I’m bloody happy they said yes.”

In light of the growth, the agency is set to move into a stand-alone building overlooking the beach in the Southbank Parklands in the coming months.

“Our goal has always been to produce world-class work here in Brisbane,” say Thompson and Greaney. “We’re looking forward to making more of it in a new space and across a broader client base. We’re also looking forward to being closer to the Plough Inn.”