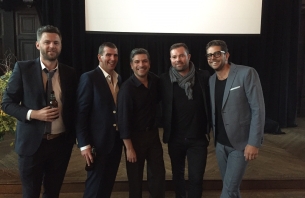 It is the first time Y&R Group ANZ has won Best in Show at the ANDY Awards and the first time an ANZ-based group, or any network, has won both major prizes.

Y&R Group Regional CCO Ben Coulson said, “It’s great (and slightly surreal) to see Australia and New Zealand take out the two top gongs, especially when you consider the calibre of work from all over the world competing here tonight. ANDY’s is a famously tough show, they hand out very few prizes. A big thanks to our brave clients for pushing the boundaries with us, and to all the talented folk back home who worked so hard on these campaigns.”

Colleen DeCourcy, Global Executive Creative Director of Wieden + Kennedy, led the global jury to recognize the bravest, ‘most perfect’ creative work from around the world this year.

As the first show of the International Award season, the ANDY’s have become a predictor of what is likely to win in subsequent shows this year.