Format is seen as ideal for bringing recipes to life 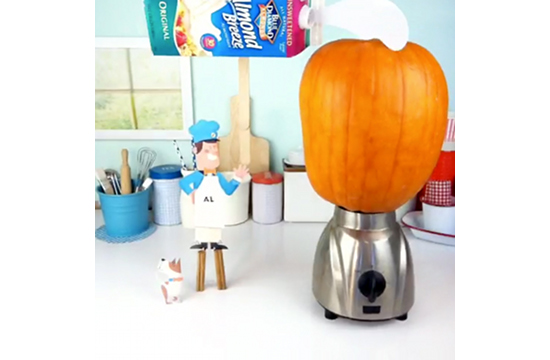 “Recipes Made Breezy” is made up of six Vines – short, looping video clips no longer than six seconds – launched together to create a single episode. The idea was inspired by traditional cooking shows, with a Vine to open and close the work, three different recipe Vines, and even a “commercial break” Vine for Blue Diamond’s new Almond Breeze Iced Coffee.

“It’s the constraint of Vine that makes it so intriguing to work with,” said Mimi Cook, Chief Creative Officer of Y&R CA. “People love brands willing to accept the limitations of six seconds and yet deliver something radically entertaining.”

“Strategically, recipes are the entry-point experience for the Almond Breeze target, and smoothies are a great way to encourage trial,” said Ronny Northrop, Executive Creative Director at Y&R CA. “Vine is perfect for bringing recipes to life. But then we realized we might have an original Vine idea on our hands if we launched multiple Vines at the same time and made a little show out of it.”

WHERE DID THIS AIR?  Vines App