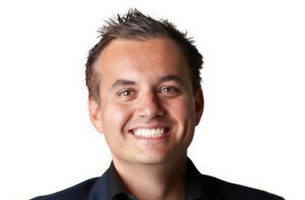 WPP AUNZ has today announced Peter Bosilkovski has been appointed as regional CEO, Australia & NZ for Y&R. He replaces Phil McDonald who has resigned from the agency, as covered by LBB yesterday, to pursue other opportunities.

A highly respected and experienced leader, Bosilkovski joins Y&R following his departure as CEO at Leo Burnett Sydney where he worked for nine years, during which time the agency was named AFR's 4th Most Innovative Company in Australia, Adnews & AWARD Agency of the Year, 6th Ranked Creative Company in the World (Gunn Report) and Cannes Lions Media Agency of the Year.  He began his career at J. Walter Thompson, and has since been involved with a raft of leading brands and award-winning work.

Says Mike Connaghan, CEO, WPP AUNZ: "To have someone of Peter's calibre return to the group and lead Y&R here in Australia and NZ is fantastic. I've worked with Pete so I know his passion and drive, and I've admired what he's achieved as a competitor. He's back where he belongs.

"Pete's a strong leader, a clear thinker and someone who makes things happen.  Pete's experience in transforming an advertising business for the modern era has equipped him well to lead Y&R into the future."

Says Bosilkovski: "Y&R is an iconic creative brand, so when this opportunity came along, I jumped at it. I'm really looking forward to working with some of the great talents in the industry and leading the national and cross-Tasman agency."

Says Connaghan: "Phil leaves the agency in good shape, and we thank him for his commitment and hard work since taking on the CEO role. He took the reins at a tough time for the business. He's made a strong contribution to the agency and has played an important part in growing both its client base and capabilities."

Says McDonald: "I have thoroughly enjoyed working with the wonderful people and clients of Y&R ANZ. In my time as Regional CEO, we have reinvented our business across five cities, won awards all over the world, attracted some great new clients and some of the best talent in the industry. The agency is well set up and after 11 years at Y&R, it is the right time for me to move on to a completely new opportunity, which I will announce in the coming weeks."

Says David Patton, global president, Y&R: "I want to thank Phil for his many contributions to Y&R. I have very much enjoyed working with him and wish him every success for the future. I'm very excited that Pete is joining our agency - I have no doubt his strong experience and high energy will take our business and our clients' businesses to new heights of achievement. It's a very exciting time to be joining Y&R."
view more - Hires, Wins & Business