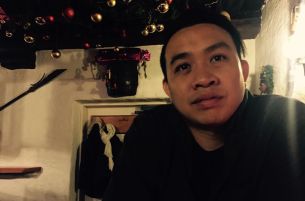 The Thai native’s 14-year advertising career spans some of the region’s best agency networks, including Y&R Thailand and Y&R Singapore. He returns to Y&R from BBDO Singapore where he was Associate Creative Director.

As well as having worked on major global accounts like Hewlett Packard and Western Union plus local Thai and Singapore brands, he played an integral role in numerous pitches helping to win accounts such as D-TAC Communication, Republic of Singapore Navy, Carlsberg, Accor Group and Tokio Marine Insurance.

“Four years ago I made the move from Thailand to Singapore, in what I describe as ‘stepping out of my house to step into myself’ and this is the next exciting stage of my career journey,’ commented Beer.

Added Peter Skalberg, CEO Y&R Indochina, “Y&R was one of the first multinational networks to commit to this vibrant sub-region by establishing an Indochina operation. We are already seeing the business benefits of this, and we welcome Beer’s expertise to further leverage the significant creative potential here.”